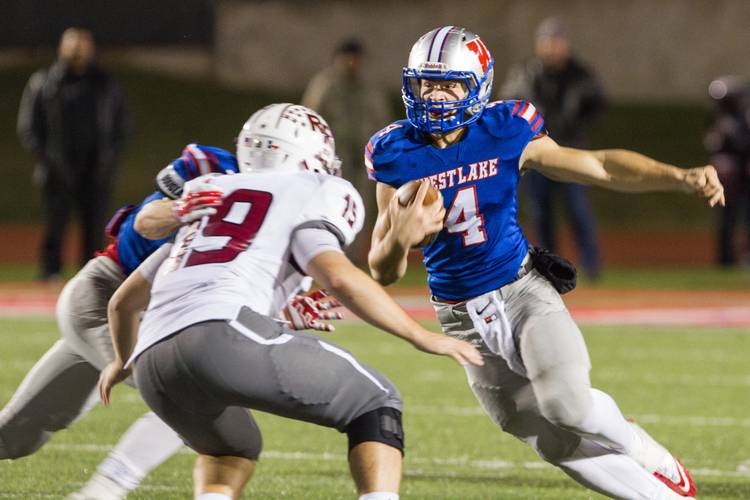 The Worldwide Leader has released its 2017 ESPN 300, a list of the top high school football players in next year’s recruiting class.

With summer approaching, meaning that recruiting season is about to go full-throttle, here’s a quick look through our burnt orange lenses at the Texas Longhorns commits on the list.

No. 57 – Lagaryonn Carson is the highest-rated committed Longhorn on the list. One of the top defensive ends in the class, Carson committed last October. ESPN ranks him as the 10th best prospect in Texas and 7th best at his position nationally. The Liberty-Eylau High School product is the No. 63-ranked prospect on 247 Sports’ composite site.

No. 292 – Sam Ehlinger of Westlake High School was the AP Player of the Year in Texas last season, but came in at No. 292 on ESPN’s list. Meanwhile, 247 Sports had Ehlinger 101st nationally and fourth overall among quarterbacks.

ESPN pegs Jackson, Tenn. tackle Trey Smith as the highest ranked recruit in the nation. Houston defensive lineman Marvin Wilson is slotted seventh nationally and is the top-ranked Texas prospect.  The Bellaire Episcopal behemoth told hookem.com’s Ryan Autullo that he jumped on a top of restaurant table when he was tabbed as the top prospect in the nation by Rivals.