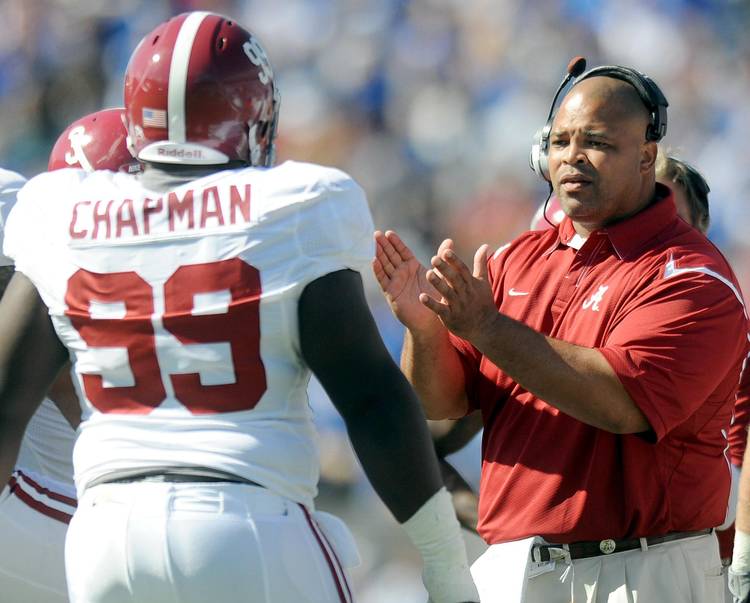 Alabama defensive line coach Bo Davis, who held the same job at Texas from 2011 to 2013, has left the school in the wake of alleged NCAA rules violations.

The Tuscaloosa News first reported that Davis was being dismissed for possible recruiting violations. The paper reported that school officials had been conducting an internal investigation, and the NCAA made inquires into the matter.

“We appreciate all the contributions he made to the program and wish him and his family the very best in the future,” Saban added.

Davis, considered to be Alabama’s top recruiter, originally coached with Saban at Alabama from 2007 to 2010 before coming to Austin.

Some fun with stats: Four Texas hitters have been swinging hot in April