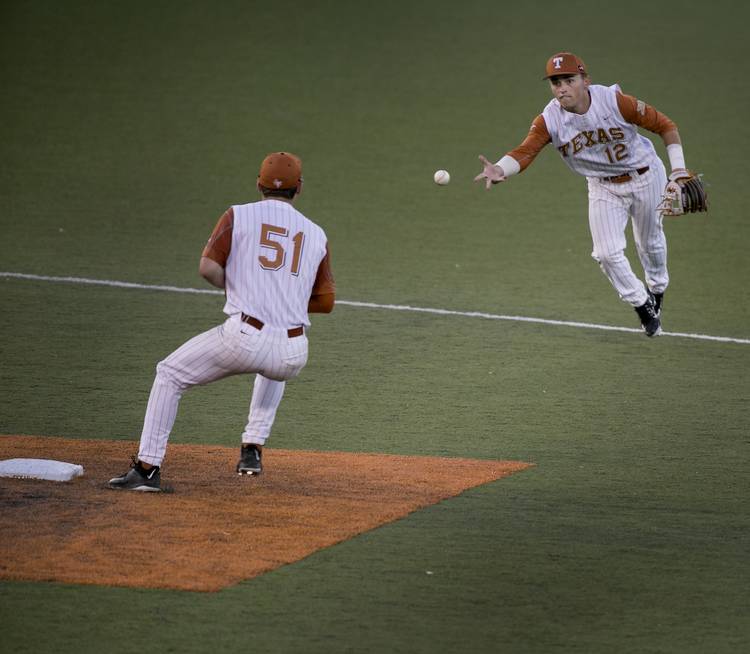 The University of Texas played a doubleheader Saturday, April 30 2016 against Oklahoma State. In the second game, UT's Joe Baker throws to Jake McKenzie for an out that put the Longhorns back at bat. LAURA SKELDING / AMERICAN-STATESMAN

Where it went wrong: After battling back from four runs down, Texas found itself in another four-run hole after OSU’s four-run eighth. Reliever Chase Shugart loaded the bases and walked in a run, and Eric Dunbar hit a batter with the bases loaded. Corey Hassel’s two-run single continued OSU’s onslaught.

The starter: Kyle Johnston ran into trouble in the sixth, giving up two doubles and getting pulled with one out. Johnston was charged with three runs in the inning and four for the game. He walked just one batter and struck out five.

Key Stat: Texas batters struck out 11 times on Sunday, and 28 in the series.