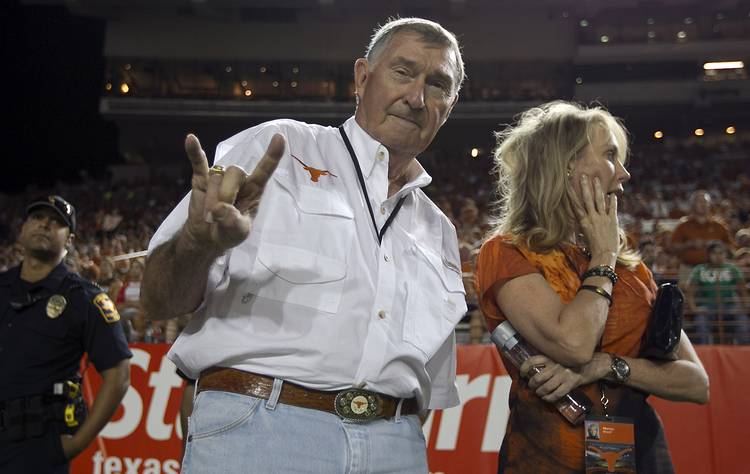 DeLoss Dodds never much cared for the spotlight. But he’ll be front and center this June as the headline member of the 2016 class of the National Association of Collegiate Directors of Athletics’ Hall of Fame.

Dodds, who guided the University of Texas athletic program for 32 years, will be one of seven administrators honored at the Learfield Directors’ Cup luncheon in Dallas on June 14.

Under Dodds’ leadership, the Longhorns became one of the biggest athletic departments in the nation. From 1981 to 2013, Texas won 14 national titles and 108 conference crowns in nine different sports.

One of Dodds’ enduring creations was the Longhorn Foundation, a booster club that has become a major fundraising arm for UT athletics.

Dodds also was a driving force in the creation of the Big 12 conference prior to the 1996-97 athletic year and the formation of the Longhorn Network in 2011.

At the time of Dodds’ retirement in 2013, Texas’ athletics had a $163.3 million athletic budget. That number grew to approximately $183 million under Dodds’ two successors, Steve Patterson and Mike Perrin.

Beau Hossler a finalist for the Ben Hogan Award