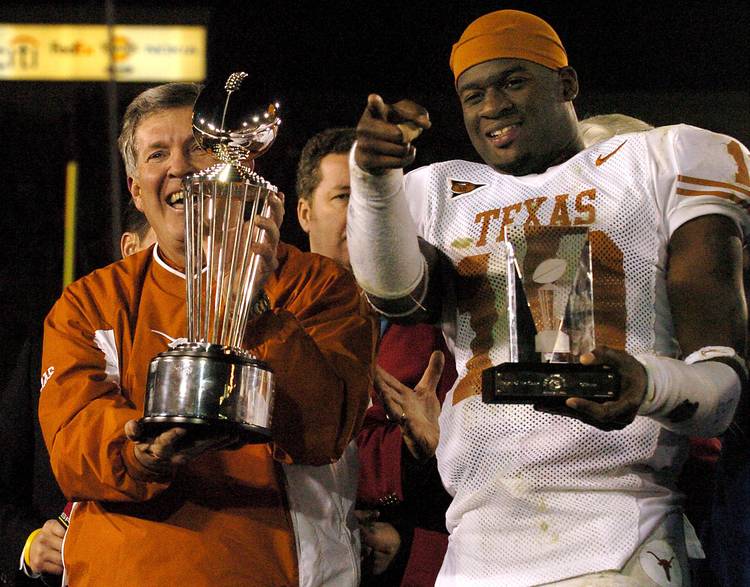 The Houston-born-and-bred QB attended Houston Madison High School, where he passed for 3,819 yards and 59 TDs as senior in 2001. He led the Marlins to the state semifinals his senior year, losing 48-42 to Westlake but putting up 400 yards and 5 TDs in the process.

Young looked back on his high school memories fondly in his induction speech, emphasizing the bond that high school football creates, especially in Texas.

“A lot of people say, ‘Why is Texas football so big?’” Young said. “And it’s because when you leave your house, your parents know that that coach, or that teacher or that principal is going to make sure that child is OK. It’s one big bond in Texas, and that’s what I love about Texas football.”

He also gave a special shout-out to his Madison coach Ray Seals, who prepared Young for the fast pace of college football by making sure he recovered properly after workouts.

Two other former Longhorns were also inducted to the Hall of Fame that night— Linus Baer and Mike Baab.