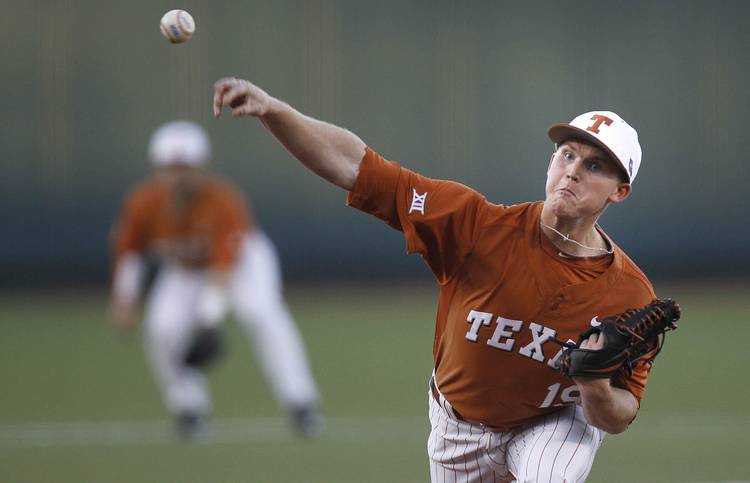 This week staff writer Kevin Lyttle took a look at the baseball programs in the state and their prospects of reaching the NCAA tournament.

He has high hopes for Texas A&M, Texas Tech, TCU, Rice and Dallas Baptist getting a ticket to the playoffs and start the road to Omaha. How does he feel about the Longhorns’ chances?

The only hope for the Horns is winning the Big 12 tournament. Of course Texas was in the exact same position last year and plowed their way through the Big 12 field to win the title.

Here’s what Kevin had to say about their chances:

“Then there is Texas, a preseason Top 25 team in some polls. The Longhorns (21-27, 9-12) have fallen so far off the radar that they could be flying a Boeing 747 and still not be detected.

Texas is a historically bad 132nd in the Ratings Percentage Index, below schools like Sacred Heart, Rhode Island and William & Mary and one spot above Morehead State. Texas’ previous low-water mark since the NCAA began calculating the numbers in 1999 was last year’s No. 88. In fact, the Longhorns’ three worst RPIs have come in the last four years.

Like a year ago, their only path to the NCAAs is to win the Big 12 Tournament.”

For Kevin’s entire rundown on the state’s programs and their NCAA hopes, click here.