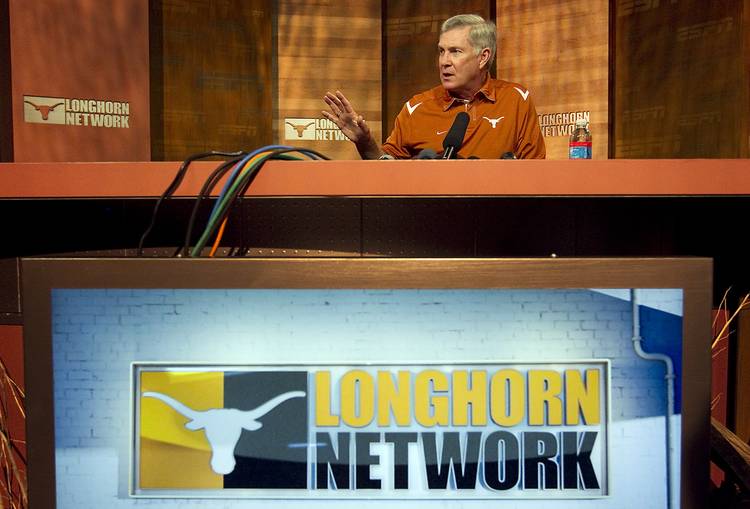 In today’s Golden’s Nuggets, Cedric touches on a couple Bevo-related items – the Longhorn Network in regards to Big 12 expansion and one tough former Texas baseball player. Here’s what he had to say about those items:

One question for those clinging to the concept that the University of Texas will shutter the Longhorn Network to aid in the area of expanding the Big 12.

Why would UT do that?

There’s no guarantee the Big 12 will thrive if the league decides to expand beyond its present 10 schools. When the bigwigs meet in Irving at the end of the month, which non-UT president or athletic director will come up with the ultimate plan and tell Texas how giving up its $300 million deal with ESPN is good for Texas?

OK, so the LHN hasn’t been the greatest thing to happen to the Big 12. It benefits only one school. And some say it’s the reason the conference lost Texas A&M, Nebraska and Missouri. But is that Texas’ problem? When you’re bringing in $15 million a year, it’s difficult to see past those fat bank deposits coming in from Bristol on the regular.

The LHN is not as profitable as ESPN envisioned years ago, but it will be an absolute shock if the Bevos shut down their ultimate cash cow for the perceived greater good.

Phillies catcher Cameron Rupp is cut from a long line of hard-nosed baseball players produced by the University of Texas, and that toughness was on full display Saturday night at the end of his team’s 4-3 win over the Cincinnati Reds when he was absolutely trucked at the plate by Eugenio Suarez.

Suarez did everything he could to separate the 6-2, 260-pound Rupp from the ball, but Rupp held on for the game-ending out.

It brought to mind Pete Rose’s epic trucking of Ray Fosse in the 1970 All-Star game, but in that case, the runner won the battle. “That’s the hardest I’ve been hit in anything I remember,” Rupp told me via DM.

While the .238 batting average isn’t to his satisfaction, Rupp has gotten at least one hit in 17 of his 22 games. With that said, the hit he took Saturday night was arguably the defensive play of the year for the Phils.

For the rest of Cedric’s Nuggets including his thoughts on the Lebron James-Stephen Curry kerfuffle, click here.