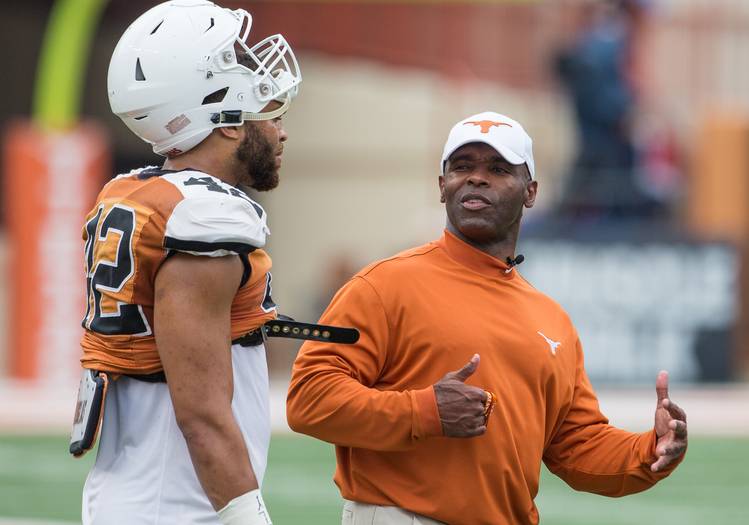 Texas football’s season-opener against Notre Dame will kick off at 6:30 p.m., ESPN announced on Tuesday.

The announcement was not unexpected, as Texas had said previously the game would be at night.

This rematch of Notre Dame’s 38-3 win last year in South Bend, Ind., will be played Sunday, Sept. 4 — a day later than the original agreement. It’ll be aired on ABC.

In April, the teams announced they had shifted the game back by one day to avoid competing with other marquee week-one matchups.

Texas has not announced any additional kickoff times.

Golden: Why would Texas shutter the Longhorn Network for Big 12 expansion?