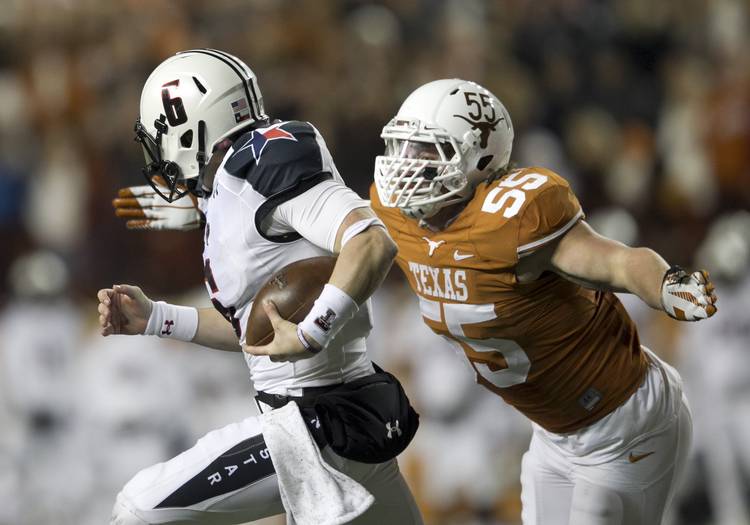 Santos, a linebacker who redshirted last year with an ankle injury, announced earlier this month that he’d be pursuing a transfer. As a graduate, he will be eligible to play this fall. Louisiana Tech is a member of Conference USA.

Santos missed all of spring practices still recovering from ankle surgery. He had gotten passed up on the depth chart at inside linebacker by Malik Jefferson, Tim Cole, and possibly others.

At Texas, Santos played in 36 games and had 78 tackles.

Instant Reaction: Texas falls to seven games below .500 with 3-2 loss to Texas State.