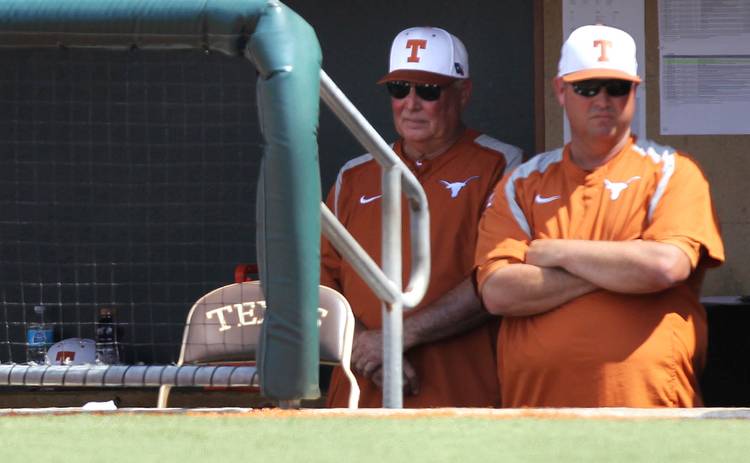 While acknowledging he could be in jeopardy of losing his job, Texas baseball coach Augie Garrido said he won’t be the one to pull the plug.

Garrido insisted on Wednesday he will not quit voluntarily and that he hopes to coach through the end of his contract in 2017.

Garrido’s first discussion this season about his job status came 12 hours after Texas slipped to 21-28 in a 3-2 home loss to Texas State. It snapped a 24-game win streak over the Bobcats.

Asked if he’d step down, Garrido said he will not.

“I personally would like to finish the year on my contract that remains,” he said.

Garrido, who has won two national titles in his 20 seasons at Texas, could be coaching at home for the final time this weekend against Baylor. The series starts Thursday. The Longhorns have yet to clinch a berth in the Big 12 tournament, but the overwhelming odds are that they will.

“I don’t have control over the final decision on how to deal with me,” Garrido said. “I came to Texas to serve Texas. I’ll accept what’s best in the minds of the people that run the University of Texas. I’m honored by the opportunity. I can fix it. … I’ve fixed problems before. I’ve been very successful in turning things around and that’s the way I’m thinking about getting this done. This has been extremely difficult for everyone involved and I understand that. The result of that, I’ll accept whatever the result is. I came to serve the University of Texas, the state of Texas, and I think the body of work has been good. I know i can fix this given the chance.”