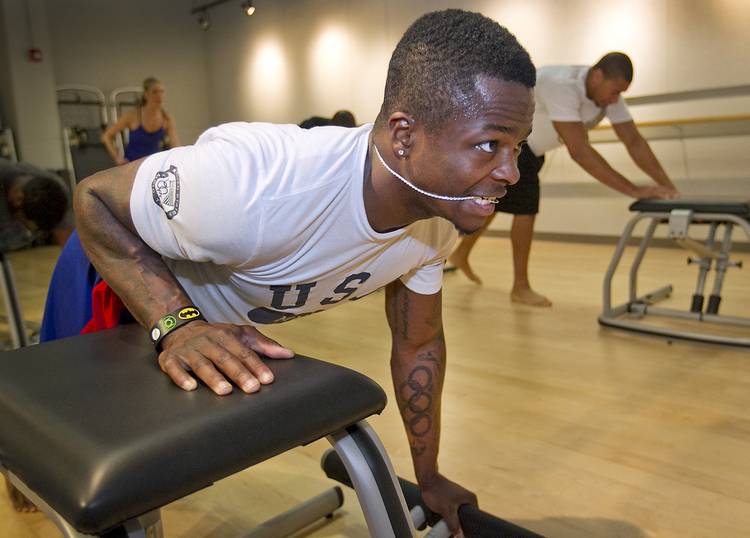 Marquise Goodwin, who plays for the Buffalo Bills, joins a group of current NFL football players, who played for Texas in their college years and live in Austin during the summer, that are taking classes at Dancers Shape dance studio in Austin. RALPH BARRERA / AMERICAN-STATESMAN

Former Texas wide receiver Marquise Goodwin is making his case for back-to-back Olympics games after finishing 10th in the long jump at the London Olympics in 2012. The two-time NCAA champion has put his NFL career on hold to focus on his track discipline this spring and summer to attempt to qualify for August’s games in Brazil.

While the United States track team won’t have its Olympics qualifications until July, Goodwin is taking to other meets to hone his craft.

He even earned an attaboy from his former coach:

Love it! Keep it going! https://t.co/4EBGvAxOuM