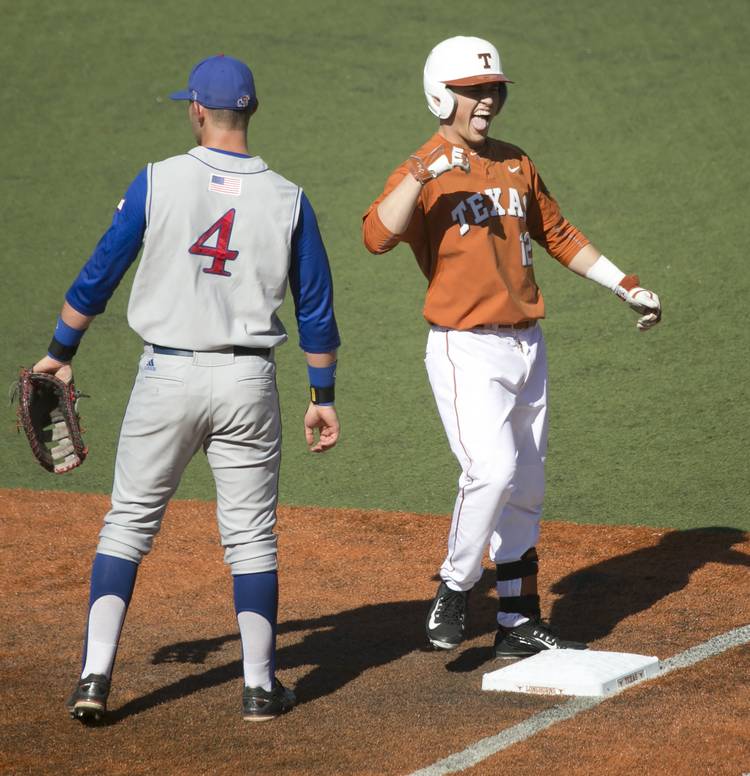 It doesn’t amount to much in this sad season, but Texas has secured a spot in the eight-team field at next week’s Big 12 tournament in Oklahoma City.

The good news came down Friday afternoon when Kansas dropped a 4-3 decision at Oklahoma State that assured the Jayhawks cannot catch Texas in the standings. Only the team that finishes last in the nine-team league does not make the conference tournament.

Entering Friday’s home game against Baylor, Texas (21-29, 9-13) had dropped seven straight Big 12 contests. But hey, the Horns just received a stay of execution and will now be looking to add another surprise league title to the one they won last year in Tulsa.

The Horns will be seeded anywhere from six to eight.