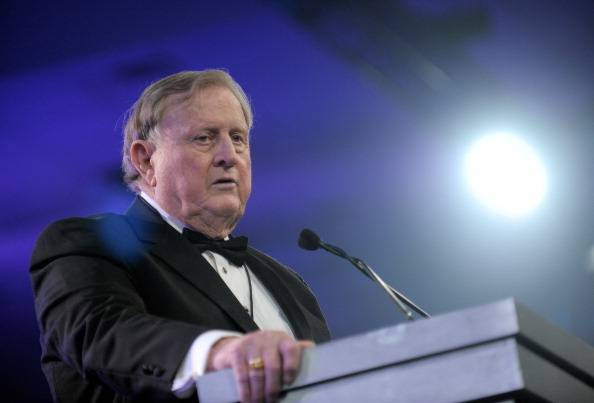 The Houston Cougars have the attention of at least one, deep pocketed, Texas donor.

In fact, he said the Cougars should’ve been invited two years ago.

McCombs told ESPN radio in San Antonio: “I think we need to add two teams to the Big 12 and should have done it two years ago. The first one should be the University of Houston then it would be your choice of several others.”

The Big 12 presidents and athletic directors will meet in Irving starting next Tuesday to discuss whether the league should expand and if it needs to add a football championship game.  (Check out our primer here).

The Cougars, a member of the old Southwest Conference, have been pushing to join the Big 12, where they would be reunited with Texas, Texas Tech, Baylor and TCU.

McCombs also was asked whether Texas should go independent, rather than stay in the Big 12.

“I don’t see that happening,” McCombs said. “There are a lot of advantages being in a league. That’s where we have always been. I think that will stay that way.