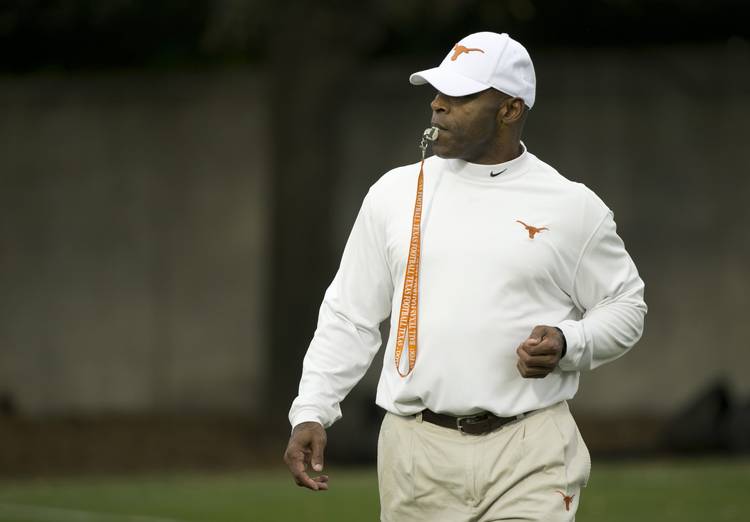 Tim Irvin, who was committed to Texas for about two weeks in the 2015 recruiting cycle, says he’s transferring from Auburn.

And according to a report, Irvin, a former four-star defensive back from Miami, might be ready to warm up to Texas again. Ryan Bartow of 247Sports is reporting Irvin is considering Texas along with Miami and East Carolina.

It’s unclear if Texas would entertain the idea of acquiring Irvin, who wherever he goes will have to sit out the upcoming season as a transfer. Even without Irvin, the Longhorns will be flush with young talent in the secondary, including cornerbacks Holton Hill and Davante Davis and safeties DeShon Elliott, P.J. Locke and Brandon Jones.

According to Bartow, Irvin’s uncle, NFL Hall of Famer Michael Irvin, has been in contact with Texas coach Charlie Strong about his nephew coming to Texas. Another uncle, former NFL running back Sedrick Irvin, is an offensive analyst at East Carolina and could be trying to lure his nephew there.

Last year, Irvin played in 10 games for Auburn and made 18 tackles.

Before signing with Auburn, Irvin was committed to Texas for 15 days after announcing to the Longhorns at the U.S. Army All-America Game on Jan. 3, 2015. He was part of Strong’s so-called Florida Five, which splintered even further after Irvin’s de-commitment  with the departures of receiver Gilbert Johnson (academics), tight end Devonaire Clarington (academics) and linebacker Cecil Cherry (transfer). The group’s only member who remains at Texas is Davis, who is expected to start at cornerback this season.