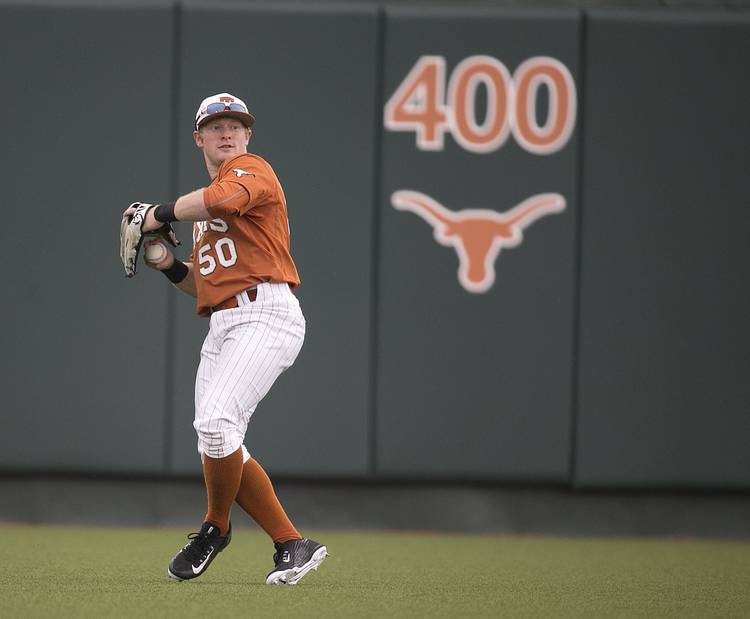 Texas's Zane Gurwitz throws back into the infield against UNLV during their win on Sunday, February 21, 2016. DEBORAH CANNON / AMERICAN-STATESMAN

Where it went wrong: Oklahoma State scored eight runs in the fifth inning on Conor Costello’s grand slam and three Texas errors. The eight runs are the most Texas has allowed all season.

The starter: Strong through four innings, Ty Culbreth came undone in the fifth. He loaded the bases and then exited with no outs and the Horns leading 4-3. Reliever Beau Ridgeway threw one pitch before Costello took him deep to left.

Key stat: OSU sent 12 batters to the plate in the fifth.