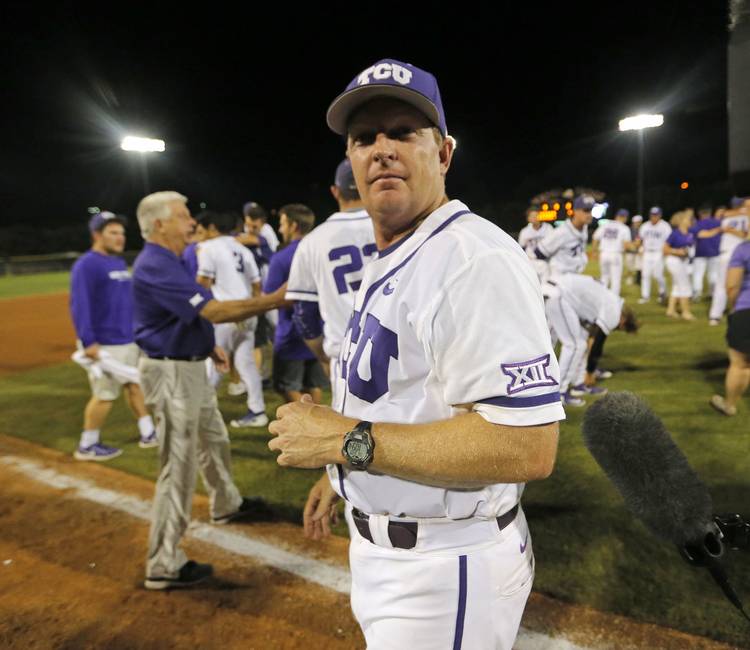 TCU’s Jim Schlossnagle, who is speculated to be a candidate for Texas’ baseball opening, says he has ‘no plans’ to leave Fort Worth.

Schlossnagle released a statement to the Star-Telegram.

“TCU and Fort Worth have been very good to me and my family,” Schlossnagle said. “I am continually honored to be the coach at TCU and have no plans for that to change. We’re starting the most important part of our season, and my only focus is on Oral Roberts and Friday night’s game.”

Schlossnagle, who led the Horned Frogs to the Big 12 tournament title, is making $764,000 annually. By the sounds of it, he could be due for a bump.

Asked if he would fight to keep Schlossnagle, TCU athletic director Chris Del Conte told the Star-Telegram, “It’s not even an option. He’s a Horned Frog.”

Del Conte added, “We’re honored to have him be our coach, and we plan to keep him our coach for a long, long time. He is one of our key employees. We want to make sure that he remains at TCU for a long time, until he retires.”

All of this comes a day after former Texas baseball coach Cliff Gustafson told the American-Statesman, “I’d love to see them get that guy from TCU.”

Schlossnagle, 45, is 558-251 at TCU and has taken the Horned Frogs to three of the past six College World Series.

Earlier on Wednesday, Louisville announced it had upped coach Dan McDonnell’s salary to $1 million, making him the nation’s highest paid coach. McDonnell was speculated to be a Texas target.