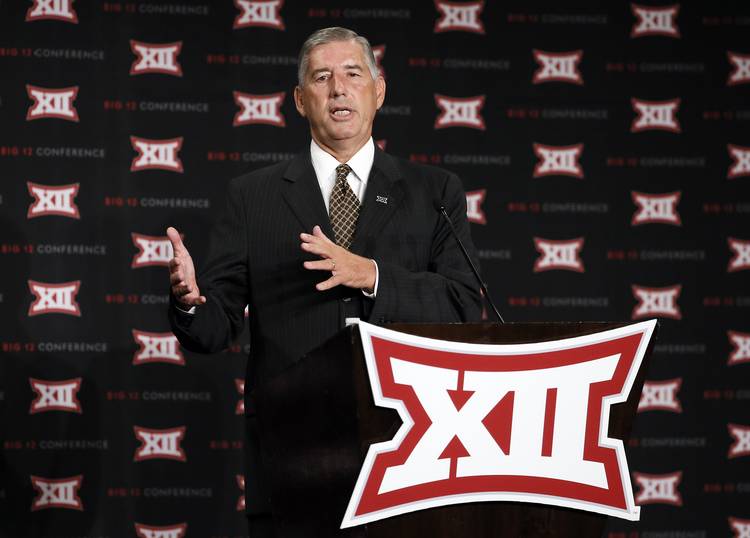 IRVING — The Big 12 board of directors voted unanimously on Friday to bring back the league’s football championship game for the 2017 season, league commissioner Bob Bowlsby said.

League presidents did not make any final decisions on how the participants would be determined or any major structural changes in the scheduling.

“We have a lot of details to work out, but we have a year to go henceforth,” Bowlsby said.

Asked if the league would eventually go to divisions, Bowlsby said, “In all likelihood.”

“It was very, very convincing,” Boren said. “Having that 13th data point very helpful in terms of our competitive position.”

Also, the league announced a record distribution total of $30.4 million to each of its 10 members. Bowlsby said younger members like West Virginia and TCU will each get a full share.