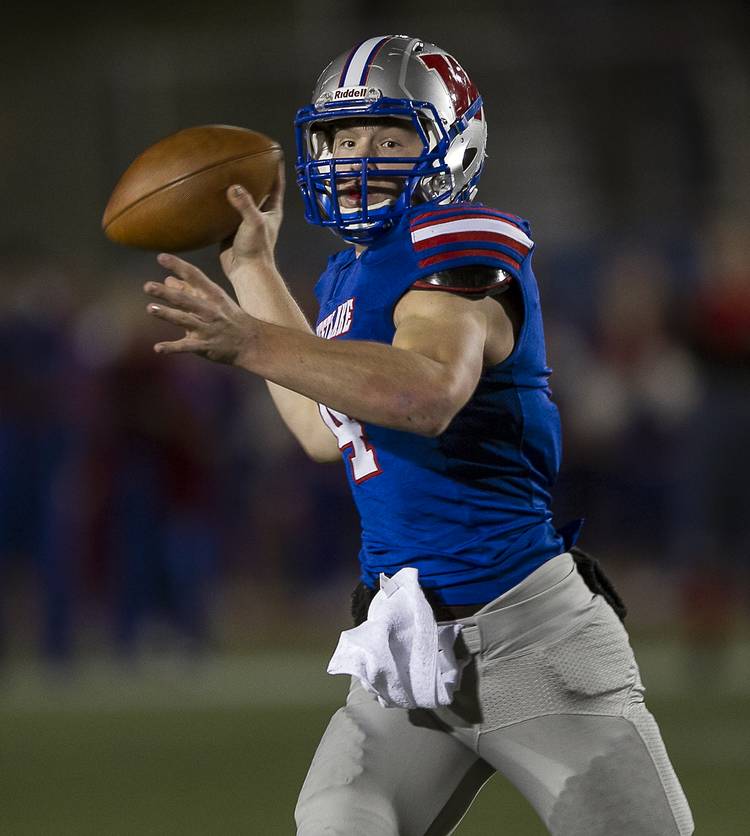 No. 7 Sam Ehlinger Westlake #4, Sam Ehlinger, throws a touchdown to #9, Chase Cokley against Round Rock during the first half of Class 6A, Division I, bi-district playoff action held at Chaparral Stadium in Austin, Texas, on Friday, November 15, 2014.

REDONDO BEACH, Calif. — If Sam Ehlinger can hold serve on the final day of the Elite 11 Finals, he’ll be heading to Oregon.

On Sunday, the Elite 11 tweeted the official standings after two days of competition and Ehlinger broke in at No. 11. The top 12 finishers advance to The Opening next month in Beaverton, Ore. where they’ll compete for Elite 11 MVP.

Per our rankings, Ehlinger had the ninth best performance during Saturday’s pro day. He threw well on the run and was at his best moving outside of the pocket.

Ehlinger is among two Texans to crack the top 11 along with Mesquite Horn flame-thrower Chris Robison, who is committed to Oklahoma.

The 24 participants will be back on the field Sunday afternoon for 7-on-7 drills.

There was minimal shake-up from the day one rankings with only two individuals — Chase Brice (Clemson) and Avery Davis (Notre Dame) — falling out of the top 11.