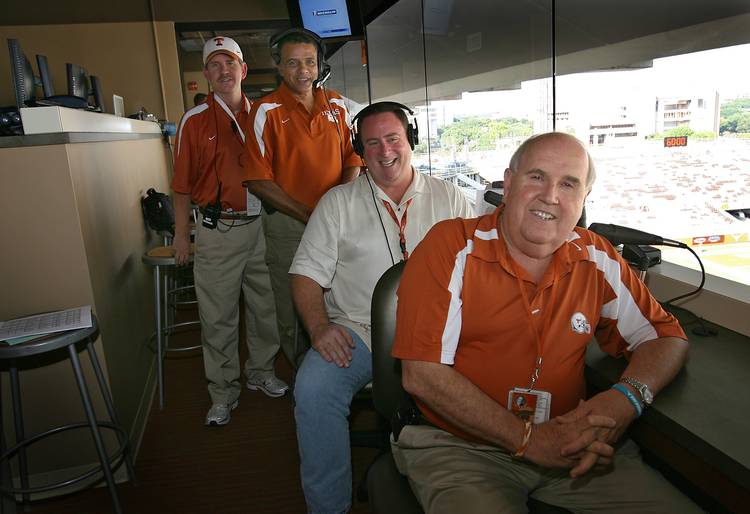 At the University of Texas home football games a crew of many are behind the scenes insuring an entertaining game for the fans. From left, Doug Wilson, Curt Fludd, Bob Cole and Bill Little have the job in the press box choreographing text, pictures and words. This crew is working the Rice game at Darrell K Royal Texas Memorial Stadium.

Bill Little, who worked at Texas in media relations for 47 years, says he is returning to UT as a special assistant to athletic director Mike Perrin.