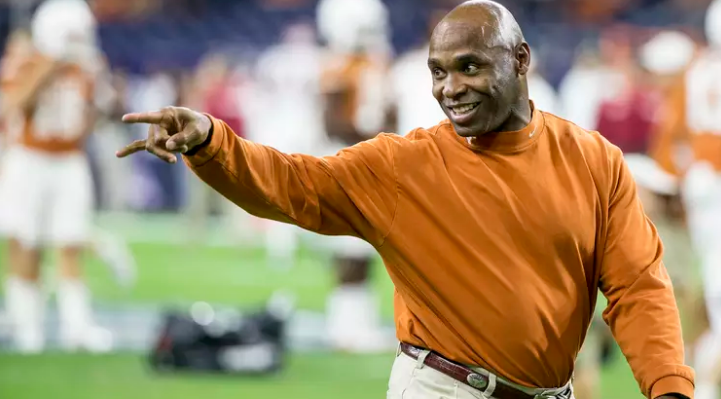 HOUSTON — Craig Muessig is a personal injury lawyer who unwittingly created a firestorm when he stood up at a ballroom at Houston JW Marriott and asked Texas football coach Charlie Strong when the Longhorns are going to “start kicking the Aggies’ ass again.”

This isn’t the first time Strong has been asked about renewing the heated instate rivalry with Texas A&M, but it’s without question the most revealing Strong has been in response. By the time he was done answering, an audience of 200 was left stunned.

“They’re trying to work out something right now where we go play the Aggies,” Strong told the Touchdown Club of Houston.

Muessig, a Texas graduate, had no idea the commotion he had caused until he looked online.

“I figured he was asked that question all of the time,” Muessig told reporters.

A Texas spokesman pumped the brakes and said no specific discussions have taken place between Texas and its former Big 12 rival.

In recent years, there has been plenty of chatter about rekindling the series, which Texas leads 76-37-5 after Justin Tucker’s field goal as time expired lifted the Horns to a 27-25 win in 2011. However, until now the talk has been idle chitchat, like a couple of tough guys exchanging words in a bar with no real intention of throwing hands.

If the two schools did agree on a game, it likely would not occur in the 2017 or 2019 seasons when Texas is booked for non-conference dates.