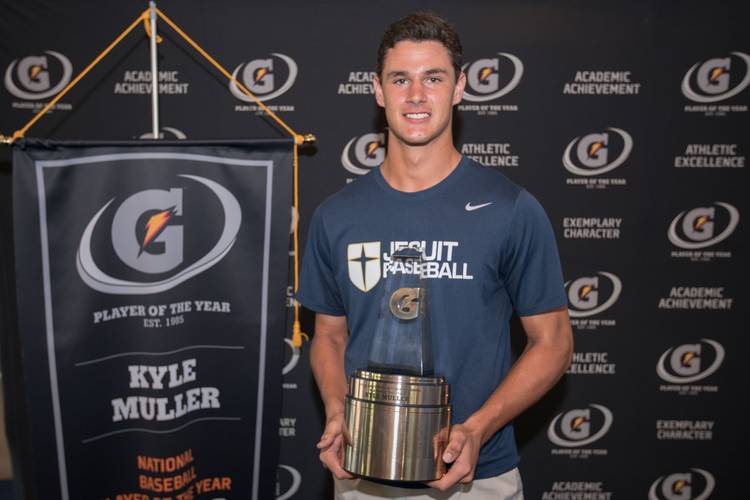 As expected, Texas signee and Gatorade national baseball player of the year Kyle Muller is turning pro and will not be joining the Longhorns in the fall.

Muller, a 6-7 lefty who led Dallas Jesuit to the 6A state title, has signed with the Atlanta Braves, according to a tweet from MLB.com’s Jim Callis. Muller, who the Braves took No. 44 overall in the second round, will receive a signing bonus for $2.5 million.

Muller is the second Texas signee to turn pro following Round Rock’s Mason Thompson, who will get $1.75 million from the San Diego Padres.