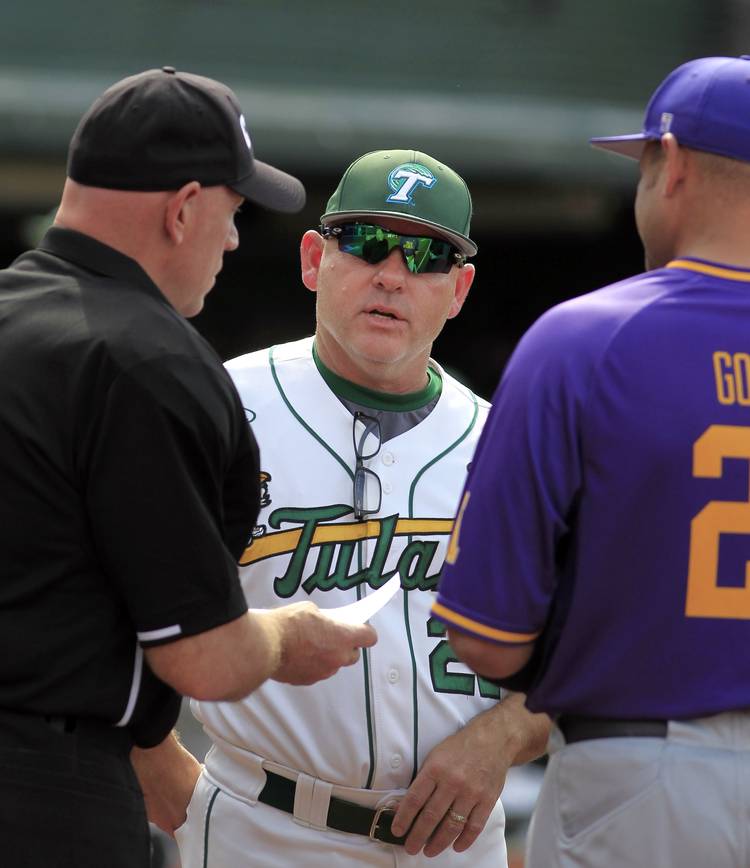 Texas has hired Tulane’s David Pierce to be its next baseball coach, according to multiple sources.

Pierce accepted the job on Wednesday morning — 31 days after Texas fired Augie Garrido on Memorial Day. Pierce, a Texas native who graduated from the University of Houston, becomes the program’s sixth head coach since Billy Disch took over in 1911.

Texas later confirmed the hiring with a statement from Pierce, who said, “As a kid growing up in Texas, I dreamed of being a Longhorn and wearing the burnt orange. Today that dream is coming true. I am truly honored and grateful to become a part of The University of Texas community and to serve as head baseball coach.”

Pierce, 53, has been a head coach for five seasons, and has taken his team to the NCAA tournament every year. Before coming to Tulane in 2015, he was the head coach at Sam Houston State for three years. Prior to then, he was Wayne Graham’s longtime assistant at Rice and over nine years served as both hitting coach and pitching coach.

Graham told the American-Statesman the Owls will open next season with four games on the road at Texas. It’ll be Graham, the mentor, versus Pierce, his pupil.

“David has been schooled across the board on what he needs to do at Texas,” Graham said. “He has in so many ways prepared for that job. It’s hard to list them all.”

This year, Pierce guided Tulane (41-21) to the American Athletic Conference regular season title and to the cusp of the top 10 nationally. In March, the Green Wave won a series at Texas, taking two of three games from the Longhorns.

Overall, Pierce’s record as a head coach is 197-109. The only blemish on his resume is lack of postseason success, as Pierce’s teams have never advanced beyond the regional tournament.

Texas interviewed with Pierce on June 18, but did not make him an offer for 11 more days. In all, Texas is believed to have reached out to roughly 10 candidates, including Texas Tech’s Tim Tadlock who on Wednesday decided to rebuff the Longhorns and stay in Lubbock.