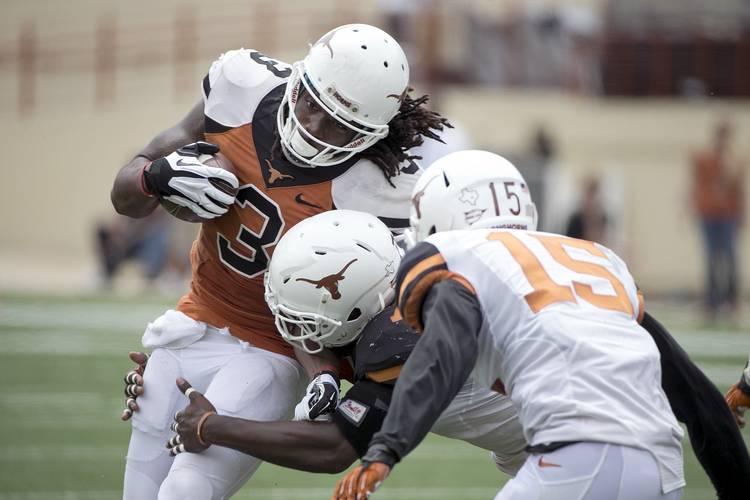 Overstreet was the Bearkats’ No. 2 rusher last year with 821 yards, and he scored seven touchdowns as a redshirt junior for a Sam Houston squad that reached the FCS semifinals for the fourth time in five seasons.

But Overstreet’s position in the program was tenuous after a third run-in with the law in seven months.

Overstreet, a former three-star recruit from Tatum, was indicted in May by a Walker County grand jury on a Texas state jail felony charge of credit or debit card abuse. He allegedly used a woman’s debit card number to purchase food four times in January.

Previously, Overstreet was suspended for one game in November after being arrested on a misdemeanor charge of possession of marijuana. He also was charged in March with stealing an iPad from an apartment complex in October.

Overstreet saw action with the Longhorns as a quarterback and running back in 2013, rushing 20 times for 102 yards. He scored twice against Texas A&M. He was dismissed in July 2014 for a violation of team rules.

He is not projected to be drafted.

Any team taking one of these players would forfeit a matching pick in the 2017 draft.