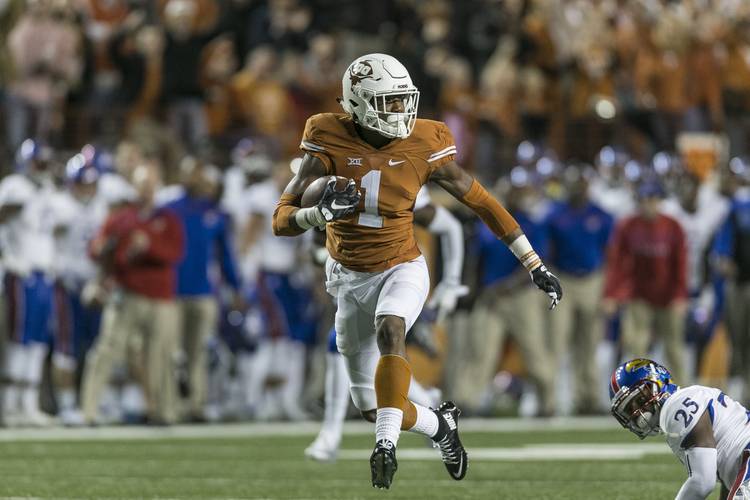 With former 100-meter state track champion Devin Duvernay in the fold for Charlie Strong and hurdler John Burt already on the team, there may be some debate of who is the fastest football player on the 40 Acres come fall camp.

According to NFL.com though, there’s no debate. The website has tabbed the sophomore wide receiver one of the 16 fastest players for 2016.

Burt had 28 catches for 457 yards as a freshman and became the team’s deep threat in the passing game with a 16.3 yards per catch average and touchdowns of 84 and 69 yards.

Burt also qualified for the NCAA Championships in the 110-meter hurdles event earlier this month and also finished as the runner-up in the Big 12 meet.

Baylor wide receiver K.D. Cannon was the only other Big 12 player on the list.