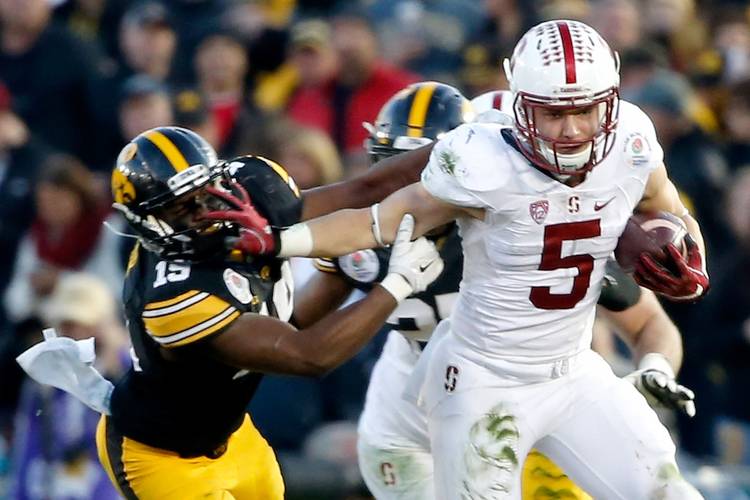 Christian McCaffrey #5 of the Stanford Cardinal runs past Joshua Jackson #15 of the Iowa Hawkeyes in the second half of the 102nd Rose Bowl Game on January 1, 2016 at the Rose Bowl in Pasadena, California. (Photo by Sean M. Haffey/Getty Images)

Fourth of July is in the rearview mirror, college preview magazines are hitting the newsstands and the countdown to kickoff will last for a mere eight more weeks.

In Texas, we don’t need an excuse to start talking football, but the American-Statesman is set to crank up the hype with our eighth annual Top 25 series. We will preview one school per day, starting with No. 25 Wednesday and building to No. 1 on Sunday, July 31, just days before the Longhorns report for preseason camp.

We won’t kill the suspense, but here are some points to ponder:

That didn’t escape our panel of 11 voters, and we can tell you that all five of those teams are safely in our top 10.

Our Top 25, with their final rankings and overall records in 2015