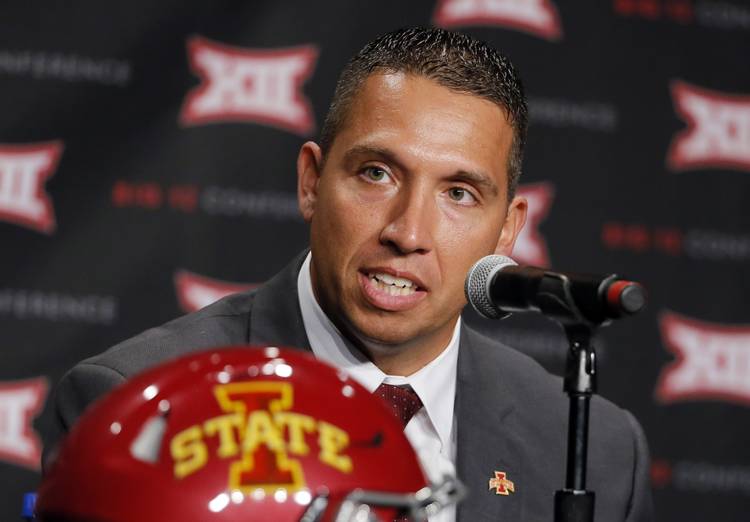 Iowa State head football coach Matt Campbell is a coach in high demand but has made a big winner out of the Cyclones. (AP Photo/Tony Gutierrez)

DALLAS — How close was Matt Campbell to landing running back Mike Warren at Toledo?

“This close,” Campbell said, pinching his fingers together at Big 12 media days.

Instead, Warren headed to Iowa State, where Campbell, a year later, has followed him to Ames to be the Cyclones’ head coach.

Warren, a freshman All-American who ran for 1,339 yards in 2015, gives Campbell a dynamic back for which to pattern his offense for the next three years. ISU also returns a promising QB-WR duo in Joel Lanning and Allen Lazard.

Campbell, 36, takes over for Paul Rhoads, who in seven seasons couldn’t push the Cyclones beyond mediocrity.

Campbell is among two new coaches in the Big 12 along with Baylor’s Jim Grobe.