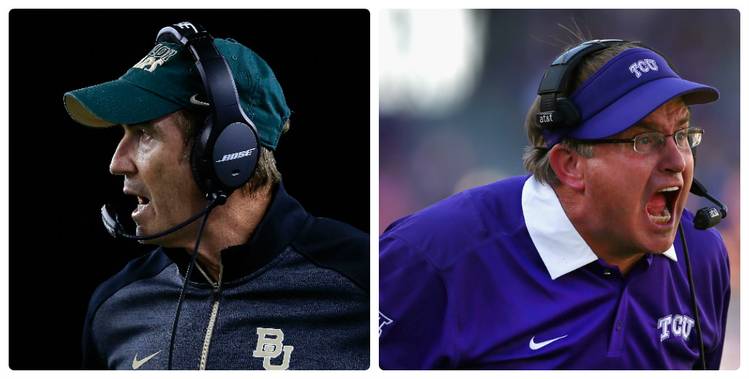 One thing we'll miss this season: Watching Baylor's Art Briles (left) and TCU's Gary Patterson (right) take pokes at each other before their annual rivalry game.

DALLAS — I’m really going to miss the Gary Patterson-Art Briles rivalry, which highlighted any game between TCU and Baylor over the last few years.

Patterson is actually good friends with new Baylor coach Jim Grobe, meaning you won’t see those annual barbs directed toward Waco from his Fort Worth office. When Daily Oklahoman columnist Berry Tramel asked Patterson on Monday about now having to facing Baylor without Briles on the opposing sideline, Patterson said, “Baylor is a good university,” then talked about traveling with Grobe during offseasons past. Not a mention of Briles.

When asked later whether Baylor did the right thing by firing Briles, Patterson said, “Baylor’s not my problem. TCU is my problem.”

Patterson is always worth the price of admission.

PATTERSON VS. BRILES, HEAD TO HEAD