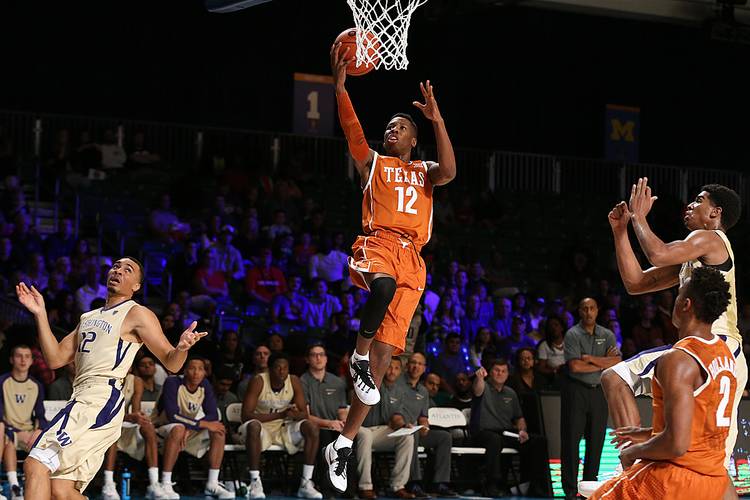 Texas guard Kerwin Roach goes in for a layup against Washington at the Battle 4 Atlantis tournament in Paradise Island, Bahamas. (Photo by Atlantis)

Kerwin Roach can dunk a basketball.

Last year he provided some of the best dunks of the season, and probably the best dunk of the year against University of Texas at Arlington.

He’s proven time and time again that he can flat out fly.

And he’s done it again:

Roach is probably ready to give us more this season, unless Texas tries to get him to eat more yellow watermelon:

So ig the yellow watermelon is real🤔 I gotta leave Texas 😅✌🏾️ pic.twitter.com/0Fo2PJY5v3

Where can I track all the Longhorn Olympians? Texas has you covered