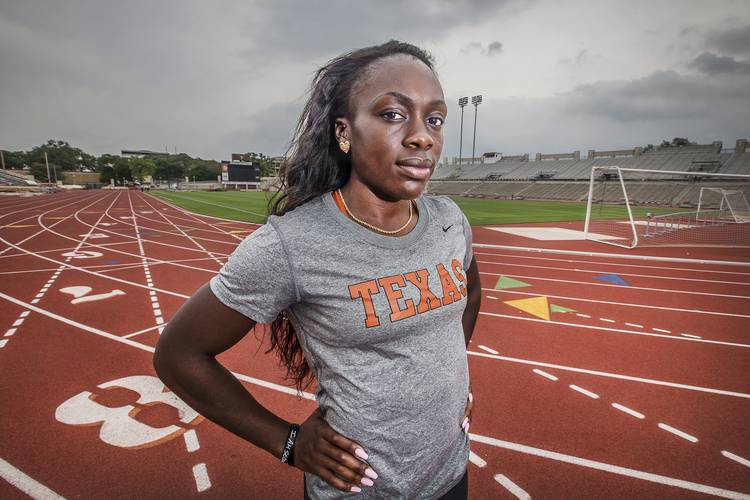 Texas sprinter Morolake Akinosun is a disciplined runner who recently quit Netflix for Lent. A year ago, she gave up Twitter for 100 days. She has won NCAA titles in relays and is now striving for individual gold. (RICARDO B. BRAZZIELL / AMERICAN-STATESMAN)

It’s all happening for UT’s star sprinter and 2016 Olympian Morolake Akinosun. But she’s not surprised. In fact, she predicted most of her success five years back.

The Longhorn athlete tweeted out a few expectations for herself when she was 17, still in high school and hadn’t yet settled on Texas for college. According to the younger Akinosun, at age 22 she would have graduated and be going to the Olympics.

A follow up tweet Saturday, five years later, shared Akinosun’s progress with the Twitterverse. The runner qualified for the 2016 Olympic games earlier in July and will be graduating from UT come December.

I tweeted that 5 years ago.

Here’s to hoping Akinosun puts her ability to tweet her goals into reality to good use. A house with a pool, maybe? Or, you know, a gold medal.