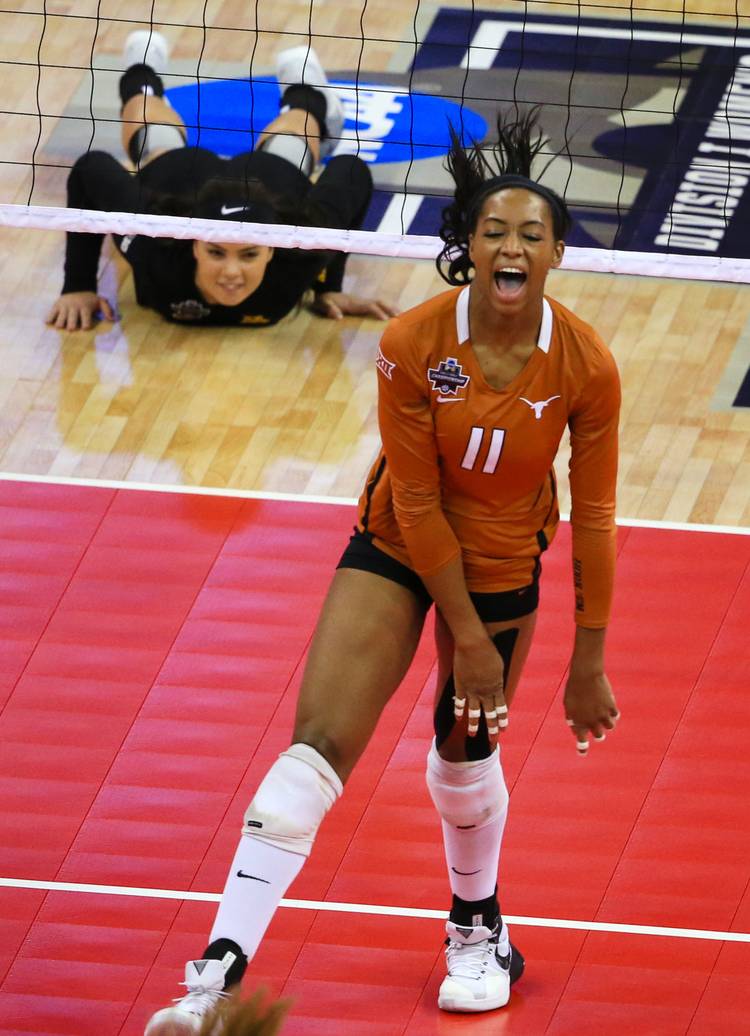 As if there was ever any doubt, Texas enters another volleyball season as the favorite to win the Big 12 title.

For the sixth year in a row, the Longhorns sit atop the league’s preseason poll, which the Big 12 released on Thursday. Expected to dominate, this is the fifth straight year UT is a unanimous choice.

None of this comes as a surprise as Jerritt Elliott returns another loaded squad headed by preseason All-Big 12 selections Chiaka Ogbogu, Chloe Collins, Paulina Prieto Cerame and Ebony Nwanebu, and newcomer of the year Orie Agbaji. Additionally, the Horns, who have won the past five Big 12 titles, bring back outside hitters Yaasmeen Bedart-Ghani, who was electric during last year’s postseason, and Micaya White, a star recruit from last year who sat out the season with an injury.

Sprinkle in veterans Cat McCoy and Nicole Dalton, and this team has the makings of being another national title contender.

Because Big 12 coaches were not permitted to vote for their own team, Elliott cast his vote for Kansas, whose dreamy postseason run a year ago culminated in a berth in the Final Four. The Jayhawks should be good again and return preseason player of the year Kelsie Payne of Connally High.

Filling out the rest of the poll, in order, were Iowa State, TCU, Oklahoma, Kansas State, Baylor, Texas Tech and West Virginia.

Texas opens the season Aug. 26 at the VERT Challenge against host Oregon. A day later, the Horns will play Nebraska in a rematch of last year’s NCAA title match.