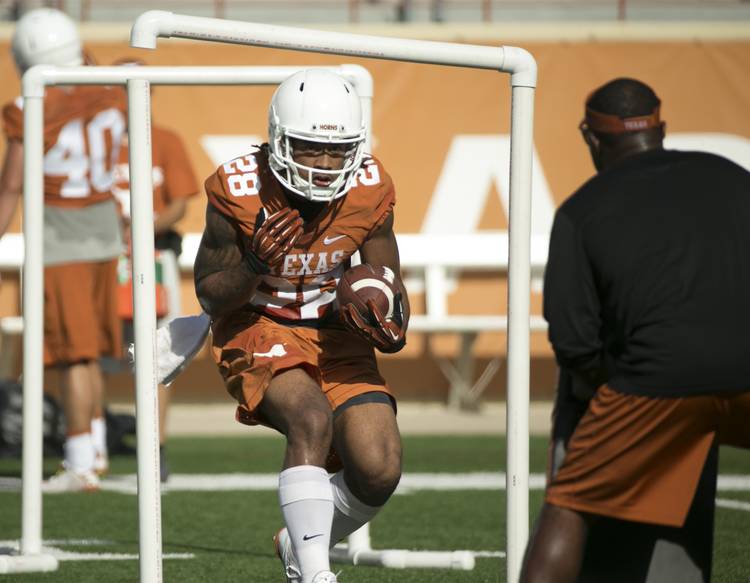 I’ve seen two Texas practices now and get more impressed every time I watch the Longhorns work out.

Sunday’s two-hour practice at Royal-Memorial Stadium was so much sharper and crisper than Saturday’s workout. The players seemed much more comfortable and on point.

Quarterbacks Shane Buechele and Tyrone Swoopes both looked good. They hit receivers in stride more often, and the wideouts continue to look strong.

John Burt seems poised for a breakout season, and Collin Johnson had a good day as well. Burt will be used on a bigger variety of routes this season. Jacorey Warrick also stood out.

Running back Chris Warren III, bothered by a sore hamstring, did very little. He did suit up and went through a few drills but little else. Charlie Strong has said it’s “nothing serious.” The others in the backfield, Kirk Johnson and true freshman Kyle Porter, look very good.

On defense, cornerbacks Davante Davis and Holton Hill both are outstanding. They are good in press coverage and several times outmuscled receivers for 50-50 balls. Looks like the secondary will be a real strength this year.