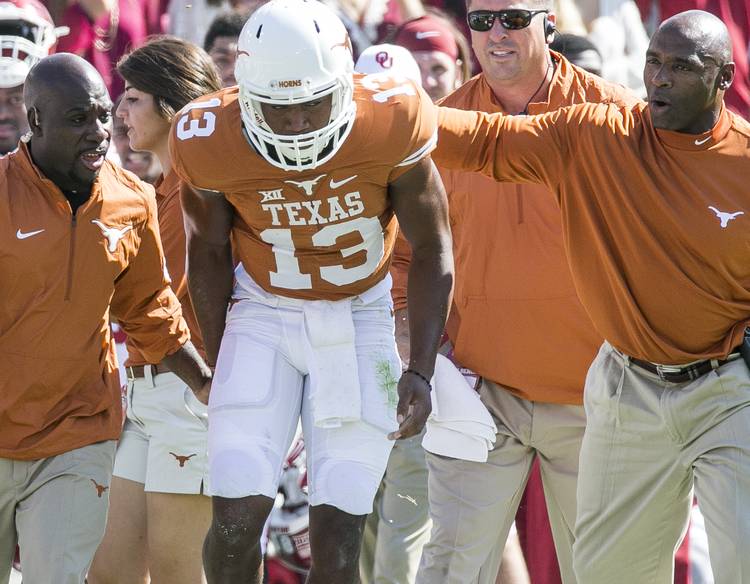 Jerrod Heard is still listed as a quarterback on the Texas roster. But he’s clearly turned some heads the last few days at receiver.

“Yeah, he’s actually been doing pretty well,” receiver John Burt said. “He’s already been making some pretty good catches. I feel like this is a good spot for him now.”

“Early on when we first installing this new offense, he was at quarterback,” Burt said. “He already knows what needs to happen when running a play. Really, all he’s doing is transferring all his knowledge that he learned at quarterback and playing receiver.”

By wearing the orange jersey, Heard is now able to get hit by defenders in practice.

Asked if he had blasted Heard yet, safety Kevin Vaccaro said, “Not yet, but it’s coming.”

The Longhorns were thought to have a plethora of receivers. But Ryan Newsome announced he was transferring, and then DeAndre McNeal was suspended indefinitely for an undisclosed violation of team rules.

On Wednesday afternoon, Texas officials announced that slot receiver Lorenzo Joe had sustained a hamstring injury. There was no timetable announced for his return. Joe caught four passes for 73 yards and one touchdown last season.