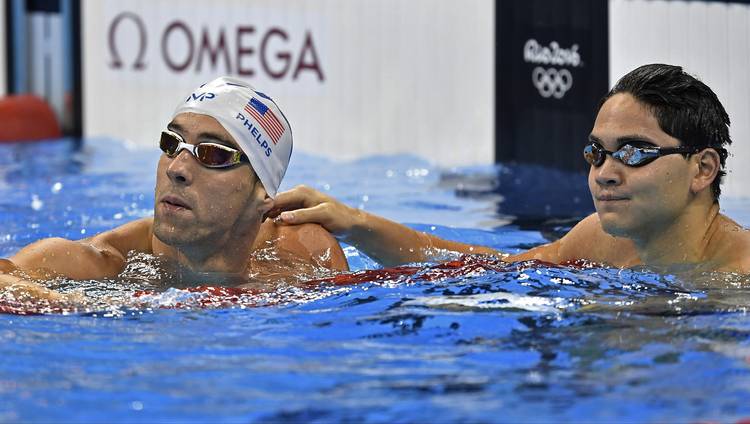 Texas’ Joseph Schooling topped the list of men qualifying for the 100-meter butterfly final on Thursday at the Olympics in Rio de Janeiro. His time of 50.83 seconds was 0.60 better than South Africa’s Chad Guy Bertrand Le Clos. They’ll compete in the final on Friday night.

Schooling’s time of 51.41 in the event’s sixth heat of the preliminaries was better than anyone in the field, including Michael Phelps, who finished the heat in 51.60. Phelps qualified for the final in 51.58, fifth best in the field.

Schooling, who swims for Singapore, was 0.11 seconds better than Laszlo Cseh of Hungary in the prelims. Cseh’s 51.57 was good enough to qualify fourth for the final.

Joanna Evans of the Bahamas finished in sixth place of the second heat of the women’s 800-meter freestyle with a time of 8 minutes, 42.93 seconds. Her time put her at 23rd overall, falling short of qualifying for the semifinals of the event.

United States swimming sensation Katie Ledecky (8:12.86) qualified at the top of the field in the event by nearly seven seconds better than her closest competition on her way to setting an Olympic record.

Golf: Former Longhorns Jhonattan Vegas and Brandon Stone finished the opening round of Olympic competition in ties for 34th and 56th place on Thursday.

Vegas, representing Venezuela, made par on the first seven holes but made a bogey on the eighth, before closing the round with two birdies on the last three holes.

Stone, who competes for South Africa, made two birdies to begin the round but finished the front nine at 1-over. He finished the round with a birdie to shoot 75.