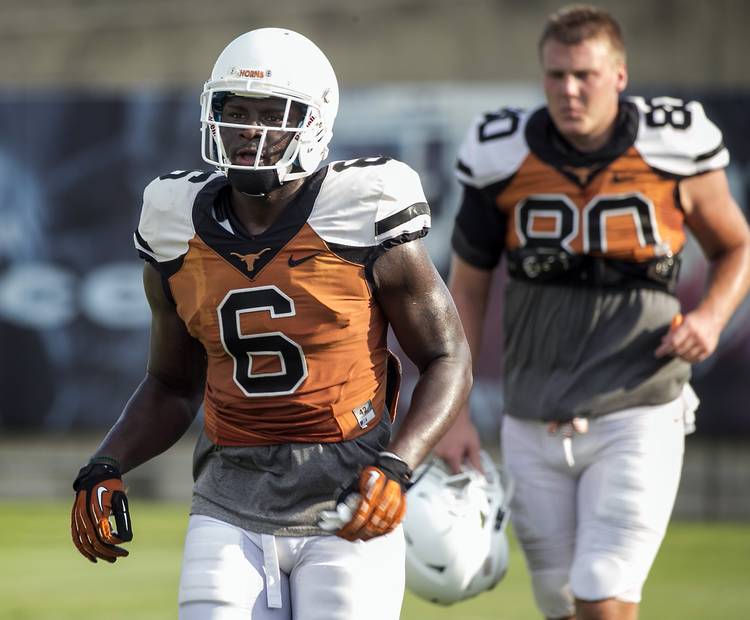 Former Texas wide receiver DeAndre McNeal says he’ll decide by the end of this week if he’ll continue his career at Utah, Central Florida or Miami.

McNeal told the American-Statesman on Monday he has been in communication with all three schools and that he’d like to make a decision by Friday so he can get settled and begin taking classes.

Regardless, it appears the sophomore from Mesquite Poteet will be relocating out of the state. Per the conditions of his release, UT restricted his transfer to another Big 12 school. Wherever he goes, McNeal is due to redshirt in 2016.

Last week, McNeal announced he was leaving Texas after being suspended for a violation of team rules and missing all of fall camp. It is unclear if McNeal was dismissed from the team or if he left voluntarily.

A key member of the 2015 recruiting class, McNeal told reporters at the time of his recruitment that UT coach Charlie Strong promised him the first touch in last year’s opener at Notre Dame. Yet not only did McNeal not get the ball, he went the entire season with zero receptions. He ran the ball once on a jet sweep.