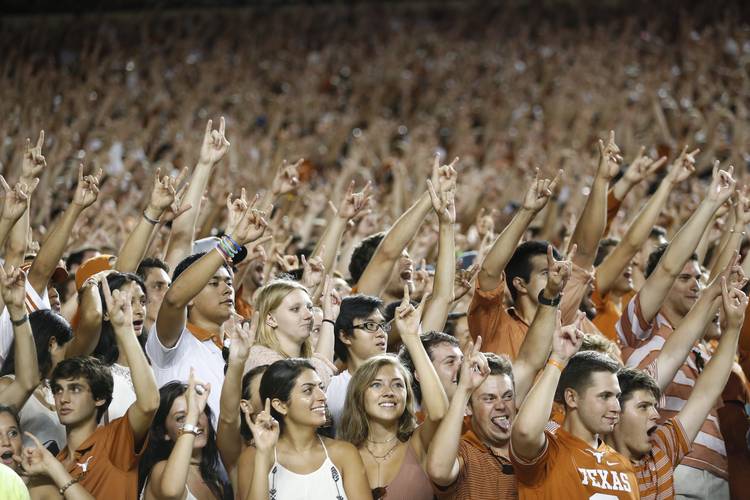 What a night to be a Texas fan.

A Royal-Memorial Stadium-record crowd watched Texas beat Notre Dame 50-47 in double overtime. Here’s how the fans on the scene reacted.

I don't ever want to leave DKR.