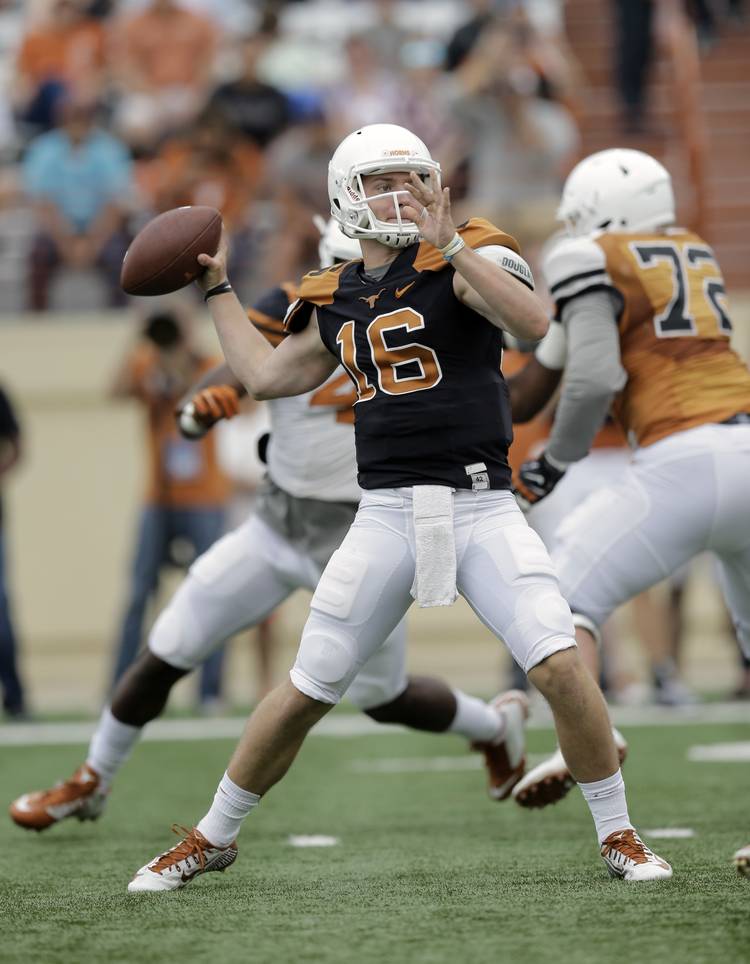 Texas quarterback Shane Buechele (16) throws during a spring game on April 16, 2016. Buechele will wear No. 7 this season (Eric Gay/AP Photo).

If you have a University of Texas roster at home, you may want to update the jersey numbers before kickoff of the Notre Dame game.

With less to two hours to go before it starts its football season, the University of Texas has announced that six players have changed their jersey numbers. The most significant edit belongs to freshman quarterback Shane Buechele, who was expected to wear No. 16 this season. Buechele will instead wear No. 7, which was the number he wore while playing at Arlington Lamar.

Here are the other Longhorns who switched jersey numbers:

The jersey changes shouldn’t confuse too many fans. Buechele, Duvernay, Humphrey and Johnson are freshmen, and knee injuries have sidelined Evans for the past two seasons. Oliver appeared in eight games in 2015.