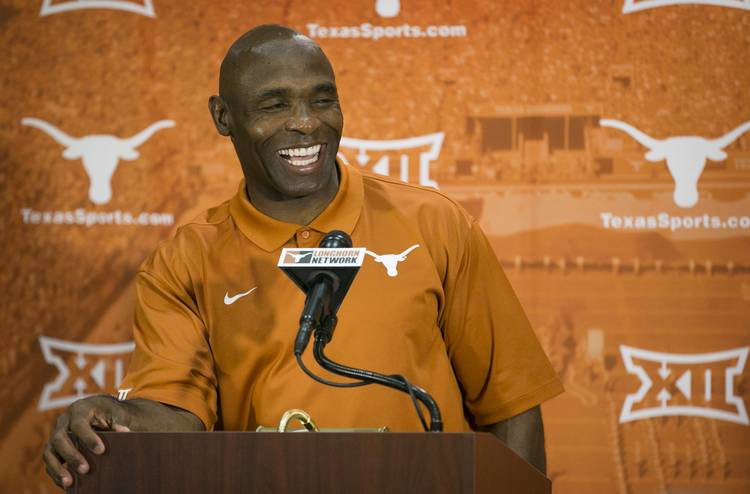 Did Charlie Strong sleep at all after the Longhorns knocked off Notre Dame in double overtime on Sunday?

In a conference call on Monday, the Longhorns’ third-year coach told reporters that he didn’t get much rest after opening the season with a 50-47 victory. Strong did not finish meeting with the media assembled at Royal-Memorial Stadium until after 11 p.m. on Sunday night, and he jumped on his weekly teleconference at 9:50 a.m. on Monday.

“I didn’t get any (sleep),” Strong said. “I kind of went home, sat around for a couple of hours and came back to work.”

Strong’s attention must now shift to game-planning for a UTEP team that opened its season with a 38-22 win over New Mexico State on Sept. 3. After knocking off the nation’s 10th-ranked team, Strong said his coaching staff and senior leaders must prevent the Longhorns from getting complacent before the Miners come to town this upcoming weekend.

“I told them last night that one game does not make a season,” Strong said. “We played very well, now let’s put this game behind us. People are going to pat you on the back, but it’s time to move on. If we allow that to happen, then this can become a trap game and it can be very difficult for us if we don’t just get back on pace and making sure that we have the proper preparation from our players.”

Among the other things that Strong touched on during his 10-minute phone call:

WATCH: Charlie Strong: Longhorns ‘back in the spotlight’