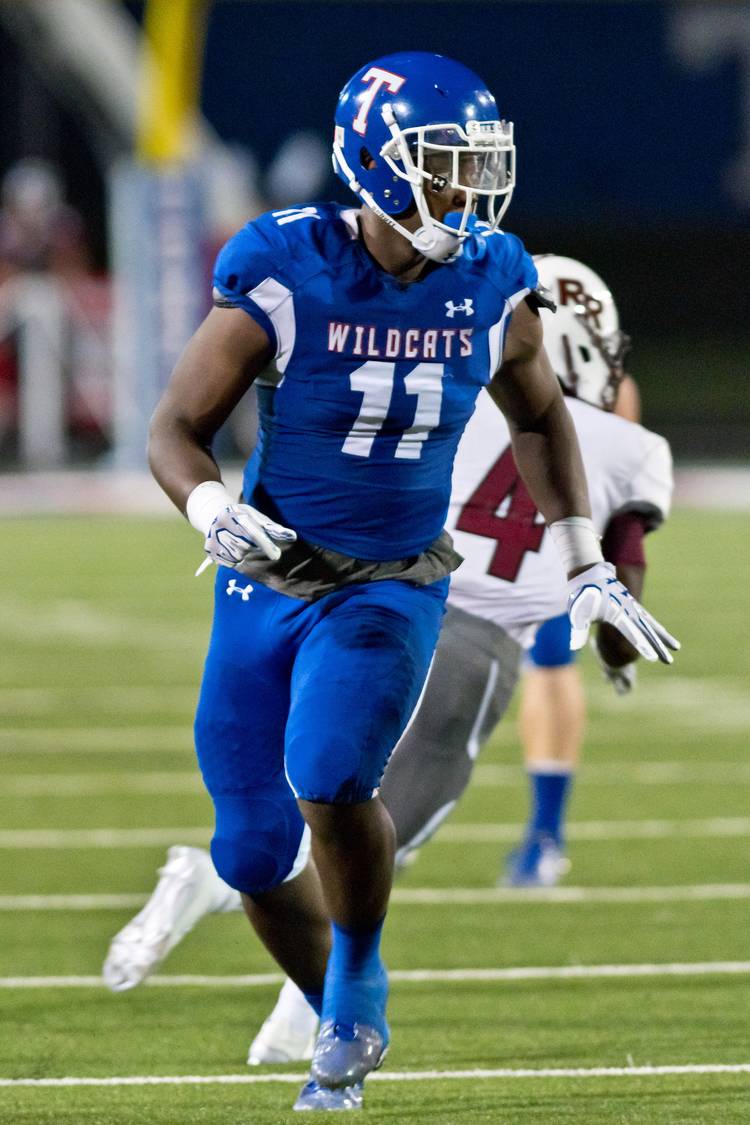 Temple defensive lineman Taquon Graham competes during a 39-25 win over Round Rock on Sept. 2. Graham committed to the University of Texas on Monday (Henry Huey/Round Rock Leader).

One day after it beat a nationally-ranked team, Texas picked up a win on the recruiting trail.

Temple defensive end Taquon Graham announced on Monday that he had given a verbal commitment to the University of Texas. Graham becomes the eighth member of Texas’ 2017 recruiting class, which also includes Liberty-Eylau defensive lineman Lagaryonn Carson. Graham’s pledge came less than 24 hours after the Longhorns beat Notre Dame 50-47 in double overtime.

Graham is ranked by 247Sports as a four-star prospect, while Rivals has evaluated him as a three-star recruit. According to 247Sports, the six-foot-three-inch, 255-pound Graham could count schools like Georgia, Michigan, Oklahoma, Oregon and Texas A&M among his 23 scholarship offers.

Over the past two seasons, Graham has gotten a chance to chase down future teammate Sam Ehlinger on the football field. A senior quarterback for Westlake who committed to the Longhorns in 2015, Ehlinger led the Chaparrals to 49-48 and 28-17 wins over Temple in 2014 and 2015.