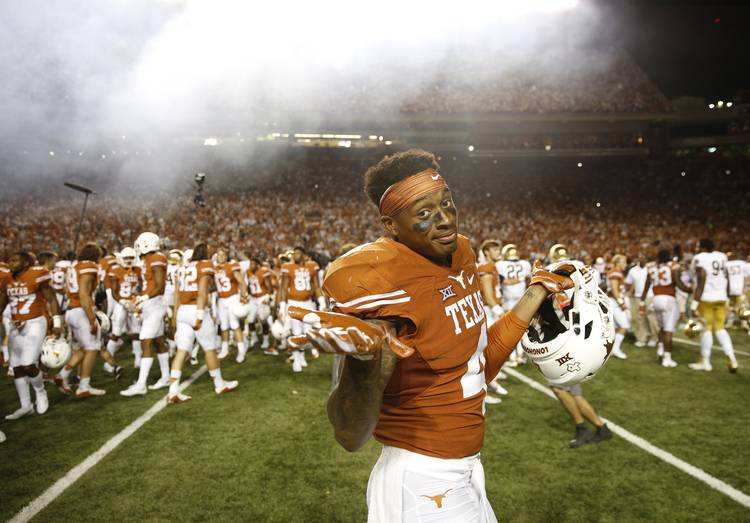 Texas had a masterpiece of a drive in the second quarter, a 16-play, 88-yard series utilizing both Shane Buechele and Tyrone Swoopes that ended with a short Buechele touchdown run.

Buechele, on his very first possession at UT, connected on four of his five pass attempts and hit Armanti Foreman on a beautiful 19-yard fade route for a touchdown.

Sophomore receiver John Burt, expected to be Texas’ deep threat, dropped a sure touchdown pass right in his hands on the second series of the game.

On Notre Dame’s first series, sophomore cornerback Davante Davis never turned around to find the ball and lost track of Irish receiver Equanimeous St. Brown in the corner of the end zone for a 13-yard touchdown.

Offensive plays of the game

Swoopes, who played often in the 18-Wheeler package, broke through on a 6-yard run in overtime for the winning touchdown.

Jerrod Heard, who unselfishly asked to be moved from quarterback to receiver, had a huge impact, making a shoestring catch in the second quarter and then on the next play hauling in a 68-yard pass to the 1-yard line to set up a score.

With Notre Dame trailing 31-28 in the waning seconds of the third quarter, defensive end Naashon Hughes rose up in the middle and blocked Justin Yoon’s 36-yard field goal with his left hand.