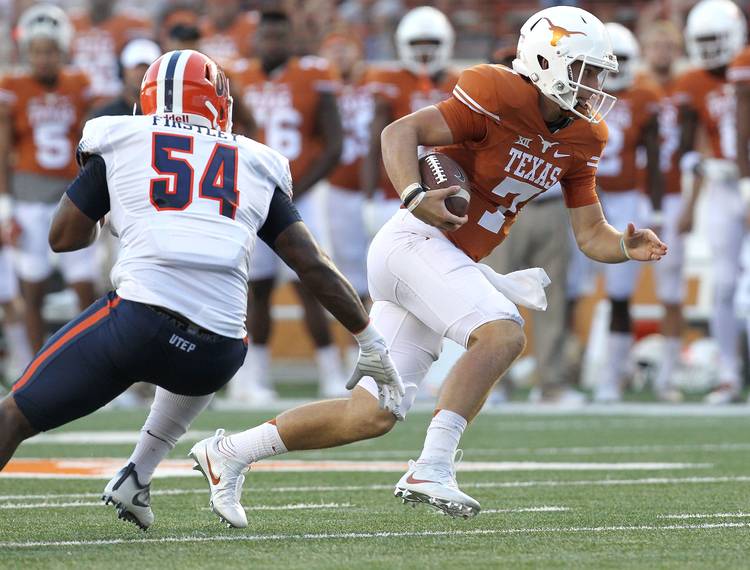 Texas quarterback Shane Buechele(7) looks to escape a tackle by UTEP's Silas Firstley(54) in the first half at Royal-Memorial Stadium, Saturday, Sept. 10, 2016. (Stephen Spillman / for American-Statesman)

Jacorey Warrick made up for his earlier blunder when he caught an 8-yard touchdown pass from Shane Buechele late in the second quarter.

Buechele drops in another beauty. Warrick with the catch. #Hookem https://t.co/GaVU0Pa9iR

Warrick had what would have been his first career touchdown taken away in the first quarter when he fumbled near the goal line.

His catch in the second quarter also went to review, but this time the referees ruled he had secured possession with his foot inside the boundary. The touchdown created the halftime score of 20-7.

Warrick gets redemption for that 1st-quarter fumble. Gets foot down on 8-yard catch over UTEP's Devin Cockrell. Texas up 20-7. 1:22 to go.