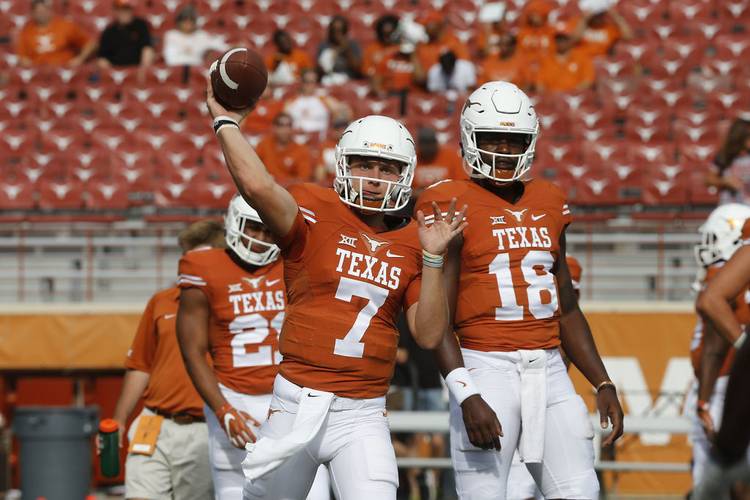 Texas #7 Shane Buechele warms up before the game against UTEP Saturday September 10, 2016 in Austin. Rodolfo Gonzalez/AMERICAN-STATESMAN

Jerrod Heard’s 21st-birthday bash is off to a great start.

After Texas had a touchdown taken away on its first possession, the Longhorns came right back down the field on their next drive. Shane Buechele hit Heard from 29 yards to cap a 60-yard drive that lasted just 37 seconds.