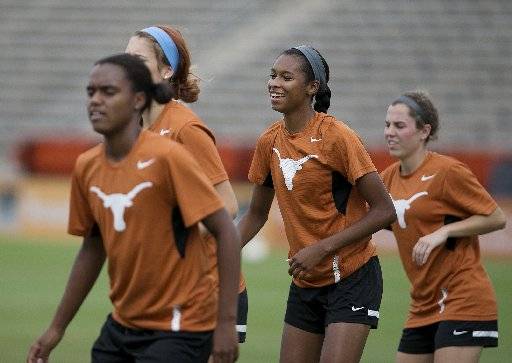 Alexa Adams scored her fifth goal of the season and Katie Glenn added a goal in the 74th minute as the Longhorns broke a two-game losing streak with a 2-0 victory over Miami (Ohio) on Sunday in Oxford, Ohio.

Adams, a sophomore, has scored in five of seven contests this season and leads the team in goals scored and points.

She gave Texas the lead just under five minutes into the match. Miami keeper Vic Maniaci went off her line in an attempt to clear a ball, but it ricocheted off her catch attempt toward Adams, who scored from a sharp angle.

In the 74th minute, Glenn got a pass outside the top of the penalty box from Atu Mshana and hit a shot from 19 yards out that got past a leaping Maniaci.

The Redhawks put their only shot on goal in the 79th minute, a shot to the right post that was saved by Paige Brown.

Longhorns moving up in coaches poll, still steady at 11th in AP Top 25