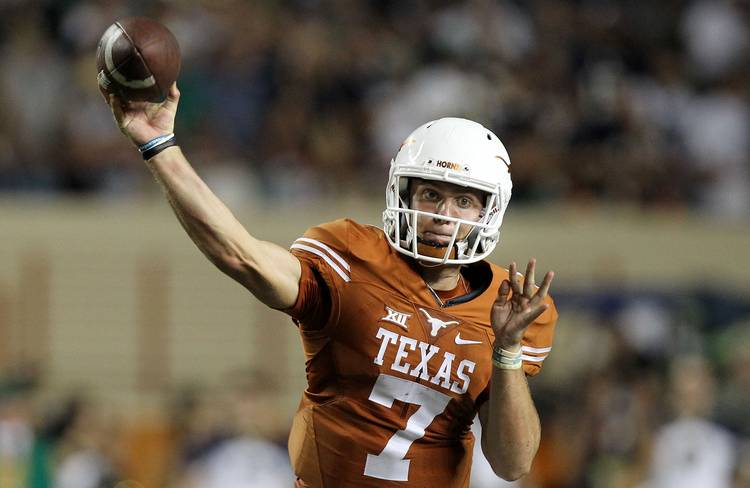 Freshman quarterback Shane Buechele has already impressed folks in the college ranks. After only three weeks as the Longhorns’ signal caller, he’s been named the Big 12 Conference’s Newcomer of the Week twice. Statesman columnists Kirk Bohls and Cedric Golden have sung his praises as well.

Here’s what the executive had to say about him:

“I know he’s just a freshman but the Texas QB is legit. I love his poise, deep-ball touch and overall feel for the game. He carries himself the right way, too.”

Jeremiah concluded this on Buechele at the end of the story:

“I haven’t done a lot of tape work on these quarterbacks but I can vouch for Buechele’s talent. I watched him live against Notre Dame in Week 1 and I was impressed with his arm talent and poise. He has a bright future.”