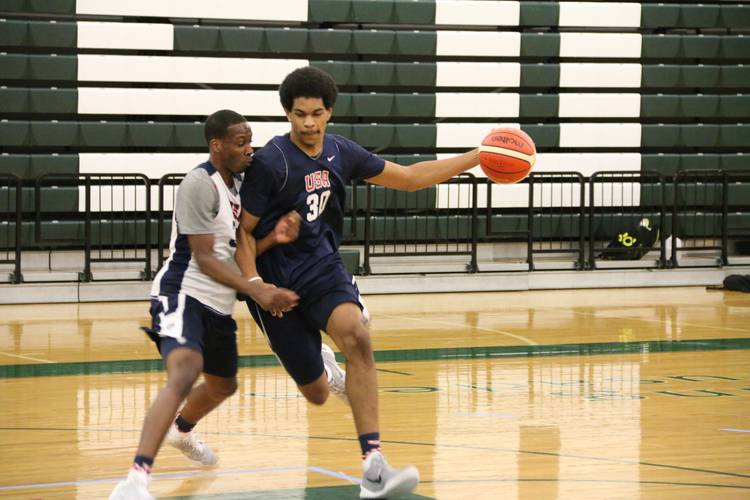 With most programs just now on the verge of starting official basketball practices and just finishing with conditioning, it’s probably too early to start talking about the 2017 NBA Draft.

Well, for some websites, the NBA Draft is their only thing they cover, so why wouldn’t they list the best NBA Draft prospects for each conference?

Draft Express is counting down the top NBA prospects for each conference, including the Big 12. So far they’ve listed the top five players for the Big 12. At No. 1 is no surprise, as Kansas’ star freshman Josh Jackson took the top spot. Jackson is widely viewed as a potential No. 1 pick in next year’s NBA draft (but not by Draft Express). Jackson was the top recruit by 247 Sports in the 2016 recruiting class.

After Jackson though is a Longhorn.

Jarrett Allen kept Longhorn fans (and Kentucky, Houston and Kansas fans) waiting for most the spring until he finally joined the program in June. The 6-foot-11-inch All-American center and Austin-area product, is listed as the second-best NBA prospect in the Big 12.  The site has him slotted as the No. 10 pick in the draft.

However, the rankings don’t seem to connect to the site’s own mock draft (last done on July 31) as Graham, Morris and Motley all follow Kansas’ Sviatoslav Mykhailiuk. The junior forward-guard is slotted at No. 27, followed by Graham at No. 29, Morris at No. 31 and Motley at No. 52.

To do a little comparing, similar site NBADraft.net, which last updated their mock draft on Aug. 25, has Allen at No. 13, with Jackson at No. 2. The site lists Texas’ Kerwin Roach as the No. 31-ranked prospect, but doesn’t include him in the mock draft.

So there you have it: A September NBA Mock Draft update, now all the players have to do is play basketball, and how hard can that be?