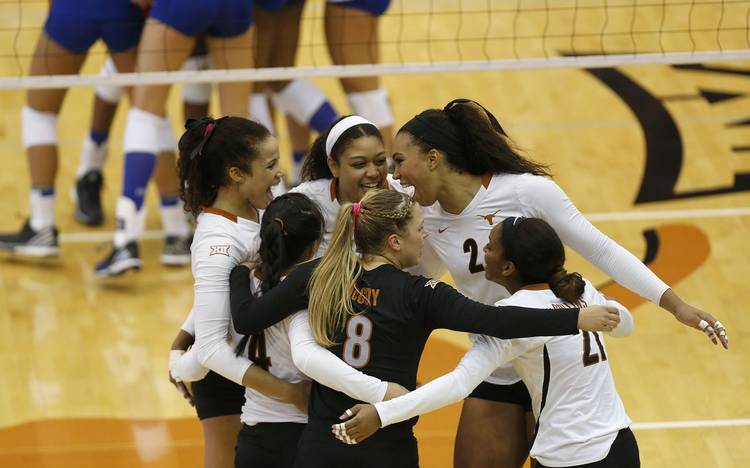 Micaya White, a UT freshman, had a career-high 26 kills as the Longhorns bounced back after a first-set loss to sweep the final three games. White had 12 digs on her way to recording her second double-double of the season. She hit .333 for the match and added two blocks and an ace.

Chloe Collins had 54 assists to go along with six digs and two blocks. Cat McCoy and Morgan Johnson defended well as McCoy recorded 13 digs and Johnson made four blocks.

The second set was close the entire way until White and Johnson combined on a block to take the two-point win.

Texas took a set advantage by going on a 7-2 run late in the third set to take the 2-1 set lead.

The Sooners led 12-8 in the fourth set, but the Longhorns tied it at 15 before taking a 23-21 lead. They went on to close out the match as they took two of the next three points.

Texas continues Big 12 play on Saturday as they travel to Manhattan, Kan. to take on Kansas St. at 7 p.m.