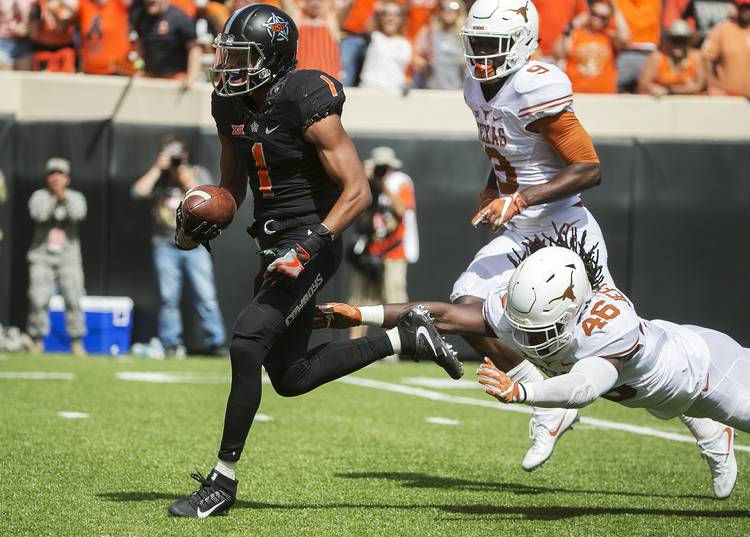 Texas (2-1) football returns to the field today to play Oklahoma State in its Big 12 opener in Stillwater, Okla. The Longhorns suffered their first loss of the season two weeks ago against California, but the bye week came just in time for the defense to make some adjustments after allowing 104 points in three games.

Can Texas’ defense show signs of life? Will the high-powered Texas offense, which has scored at least 43 points in every game this season, continue to roll?