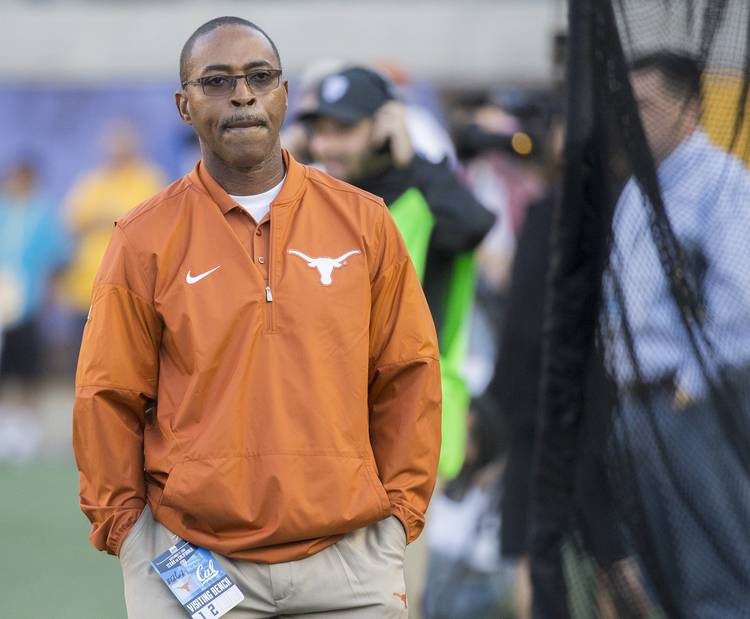 Can now confirm that Vance Bedford has been stripped of play-calling duties. It's Charlie Strong's show now. @gkketch was first to report.

Here’s some the reaction  on Twitter following the news:

Head Coach, #CharlieStrong taking over as DC in place of Vance Bedford. Risk-reward, removes a scapegoat for Coach. #LetsRide #Texas

love Vance this makes me 😢

Really sad, I'm perplexed why TX can't get it together. MB stayed to long and we just cant get it right

@OurDailyBears @gkketch Stripped of play calling? He's D coordinator! If not calling defense then what's he doing? What a joke

By demoting Vance Bedford, Charlie Strong has now gone through eight assistants in three seasons. Think about that for a moment.

i also reckon charlie will "simplify" the defense. times like these always call for simplifying.

With Vance Bedford demoted, only Brian Jean-Mary remains in his original assistant role. All of the changes in less than 3 years for Strong

The most damning stat about the Texas defense? Only one takeaway in four games. Only Toledo has zero. Oh, giving up 38.3 PPG is bad too.

Is Charlie Strong planning on taking over Special Teams responsibilities from Jeff Traylor next? #TexasLonghorns