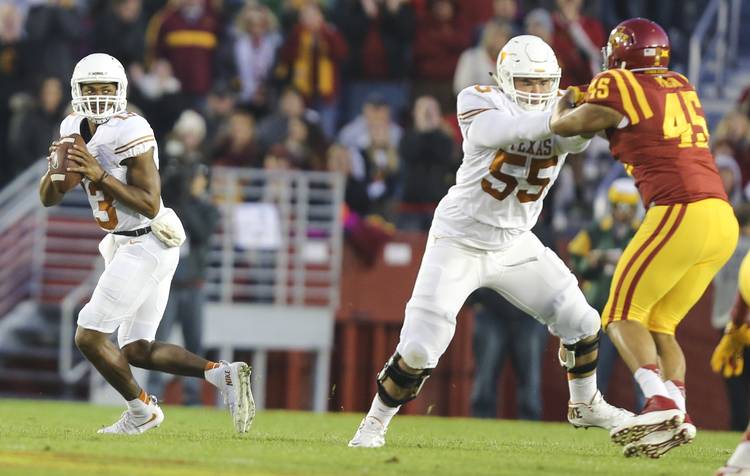 Texas quarterback Jerrod Heard looks down field for an open receiver during the first half of an NCAA college football game against Iowa State, Saturday, Oct. 31, 2015, in Ames, Iowa. (AP Photo/Justin Hayworth)

Texas has announced that its home game against Iowa State will kick off at 6 p.m. on Oct. 15. It will be Texas’ first home game since Sept. 10 as two road trips to California and Oklahoma State, a neutral-field contest against Oklahoma and a bye week separated UTEP and Iowa State on the Longhorns’ calendar.

The 14th meeting between Texas and Iowa State will be televised on Longhorn Network.

Texas is 2-2 this season with both of those wins being recorded at Royal-Memorial Stadium. Iowa State (1-4) is 2-11 in its all-time series with the Longhorns, and the team last won a game in Austin in 2010. The Cyclones, though, are coming off of last year’s 24-0 beating of Texas.