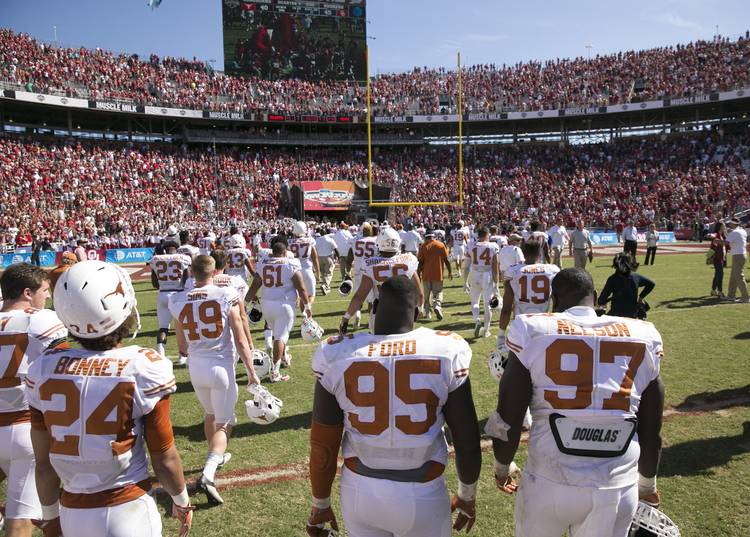 The annual Texas-Oklahoma game, traditionally considered the Big 12’s crown jewel, was a TV ratings dud. That’s unless you work for Fox Sports 1.

Texas-OU drew an overnight rating of 2.0, which was down 47 percent from last year’s number and down 39 percent from 2014, according to Sports Media Watch.

Fox had not broadcast a Texas-OU matchup since 1998. Most years, the game is available on over-the-air television like ABC. However in June, the Big 12 announced the game would air on FS1, a channel further down the sports dial on most cable systems.

According to the Big 12’s television agreements, ESPN and Fox have a pre-season draft of games. Fox had the first pick this season and chose Texas-OU, and the network placed it on FS1.

In 2015, FS1’s highest-rated game of the entire season was the Michigan-Utah matchup that drew a 1.7 rating. The network said that equated to about 2.9 million viewers.