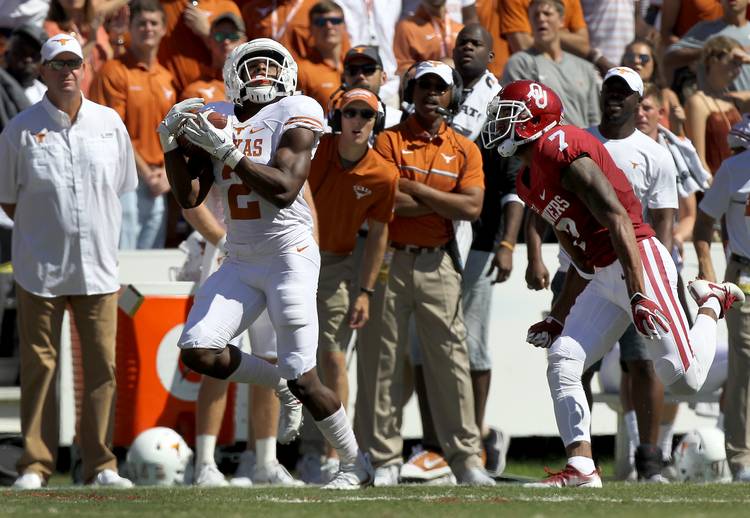 On the Longhorns’ effort versus Oklahoma:

First of all, I was impressed with the Longhorns’ fight against Oklahoma. They never quit. Had Sooners quarterback Baker Mayfield coughed up that fumble in the final minute, Texas could have pulled out the game and reshaped the entire narrative.

I think wide receiver Devin Duvernay’s going to be a star, and Dorian Leonard has an NFL-type body and is getting better and better.

Other thoughts on the state of the Longhorns:

Anthony Wheeler’s pretty good. Malik Jefferson’s yet to show up as a big-time player. … Even though Charlie Strong’s tone, comments and body language Monday all said this thing is done, it’s not although one powerful Texas football source said the OU loss represented another “nail in the coffin.” … I’ve got the perfect remedy for Charlie: Prevent defense. Go to it from the very first snap. … D’Onta Foreman will be a great pro. In 2017.

For the rest of Kirk’s 9 Things, including his thoughts on Houston’s chances for the CFP, the best team in the NFL and the possibility of lower-scoring games in college football, click here.